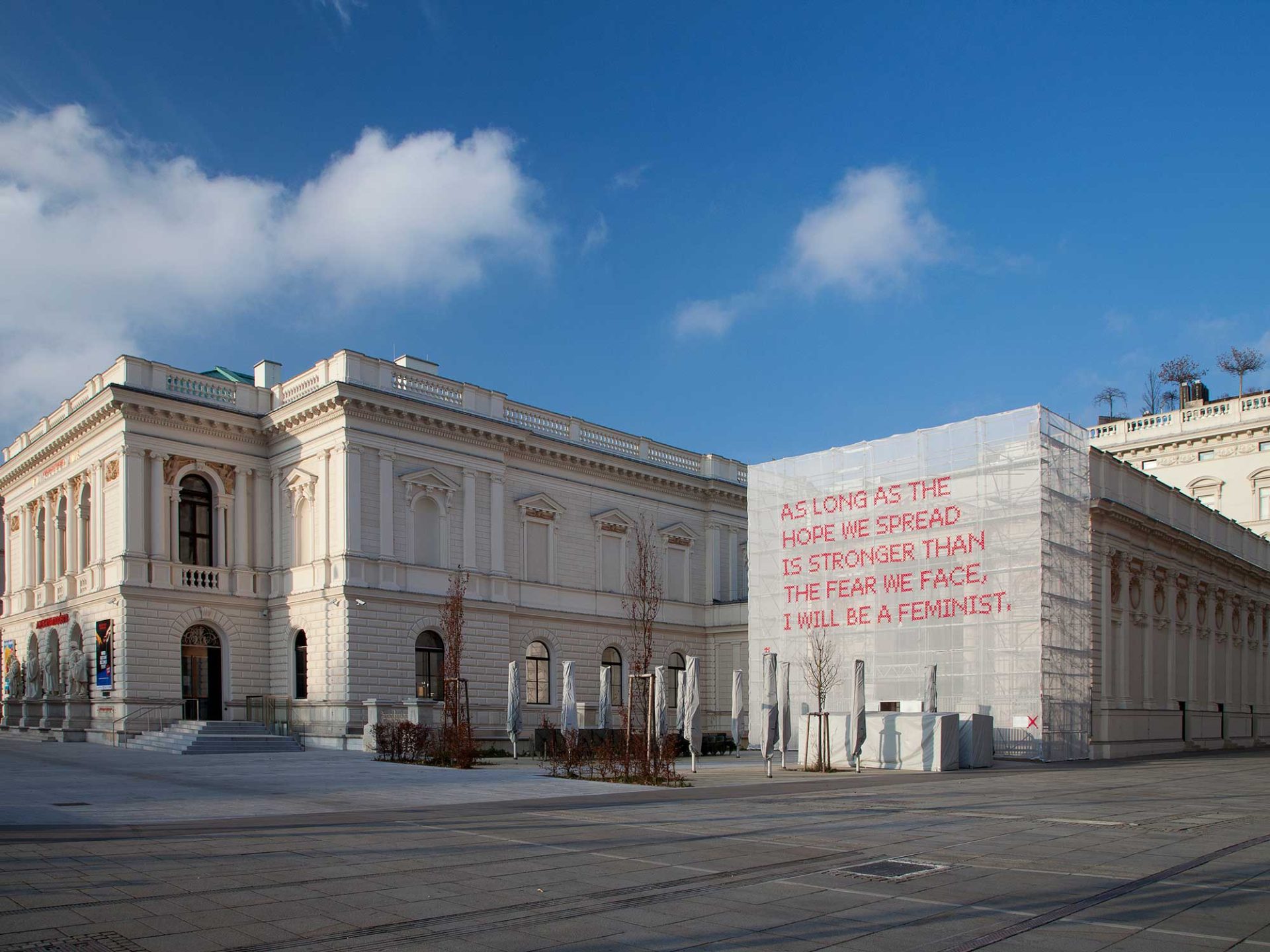 AS LONG AS the hope we spread is stronger than the fear we face, I will be a feminist.

As part of the exhibition WHEN GESTURE BECOMES EVENT Katharina Cibulka covered the facade of Künstlerhaus Wien in Vienna’s city centre with one of her signature nets.

This 14th AS LONG AS sentence strikes a new tone. While clearly defined social wrongs were pinpointed in previous nets, this one reverses the meaning of as long as and heads in a new direction.

The challenges we all faced during the first year of the pandemic were exceptionally difficult. The terrorist attack in Vienna in November 2020 deeply shocked an already exhausted population. There was silence, desperation, a struggle to understand what had once seemed inconceivable in peaceful Austria. Our differences suddenly became secondary and the need for unity, for belonging became a priority.

At the same time, we watched as new hope arose. Political change in the US and with it, a new chance for acceptance and accountability in regard to gender, race, class, the climate crisis and international relations. Kamala Harris, the first woman of colour as vice-president: hope was on the rise again.

The hope we spread is stronger than the fear we face. While division and separation, the fear sparked by the pandemic and climate change were central themes in 2020, Katharina Cibulka and her team wanted to start the new year with an abundance of hope. Connecting, seeking dialogue, building bridges, expanding horizons and talking, listening and questioning: these are all central aspects of feminist work, of socio-political work.

They are all deeply rooted in Cibulka’s project.

“I’m convinced that we can only create change if we work together. As soon as we accept division, we’ll lose. The pandemic, the consequences of the climate crisis, violence and shootings all show how vulnerable we are. This vulnerability unites us beyond any division.” 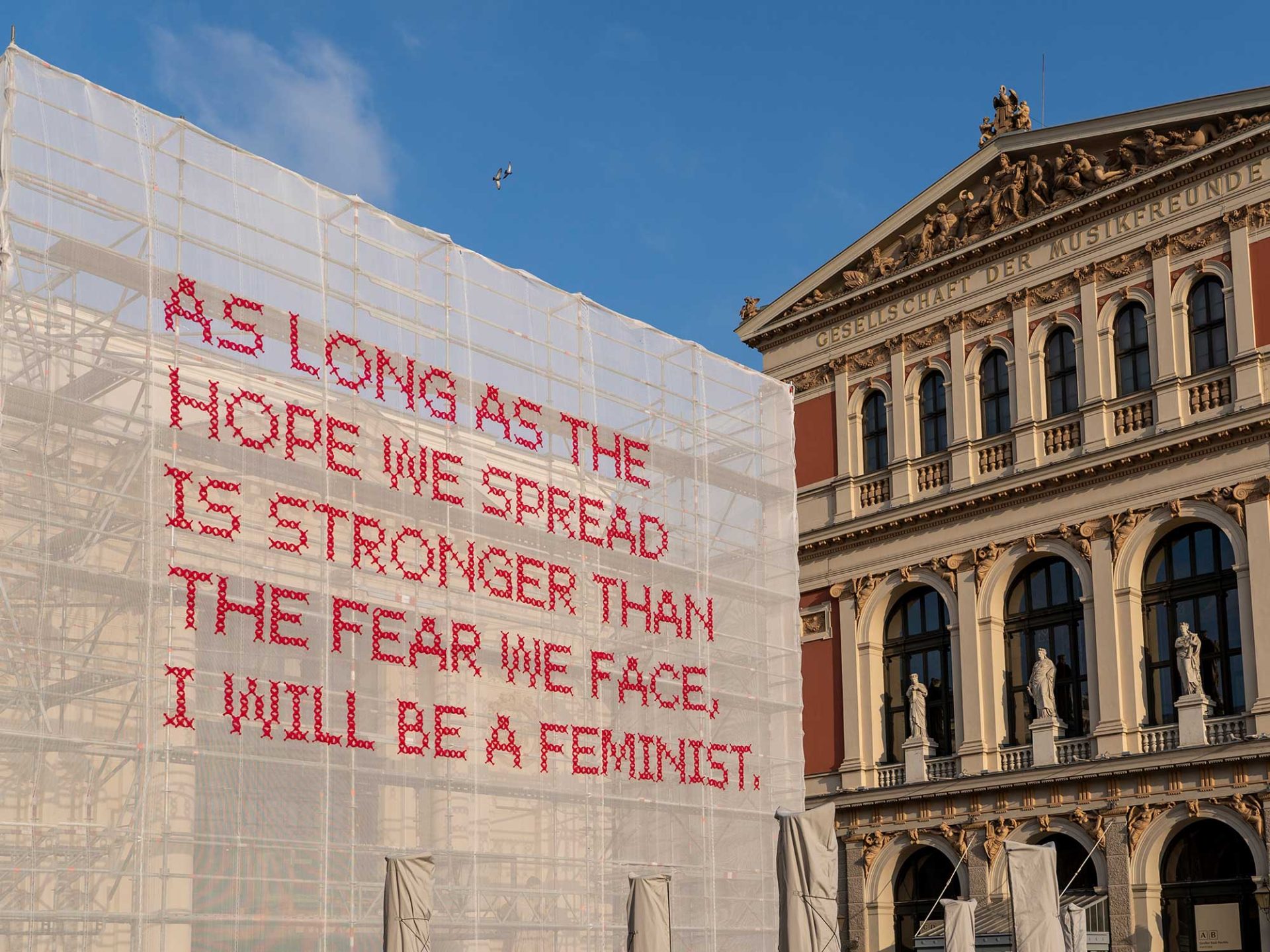