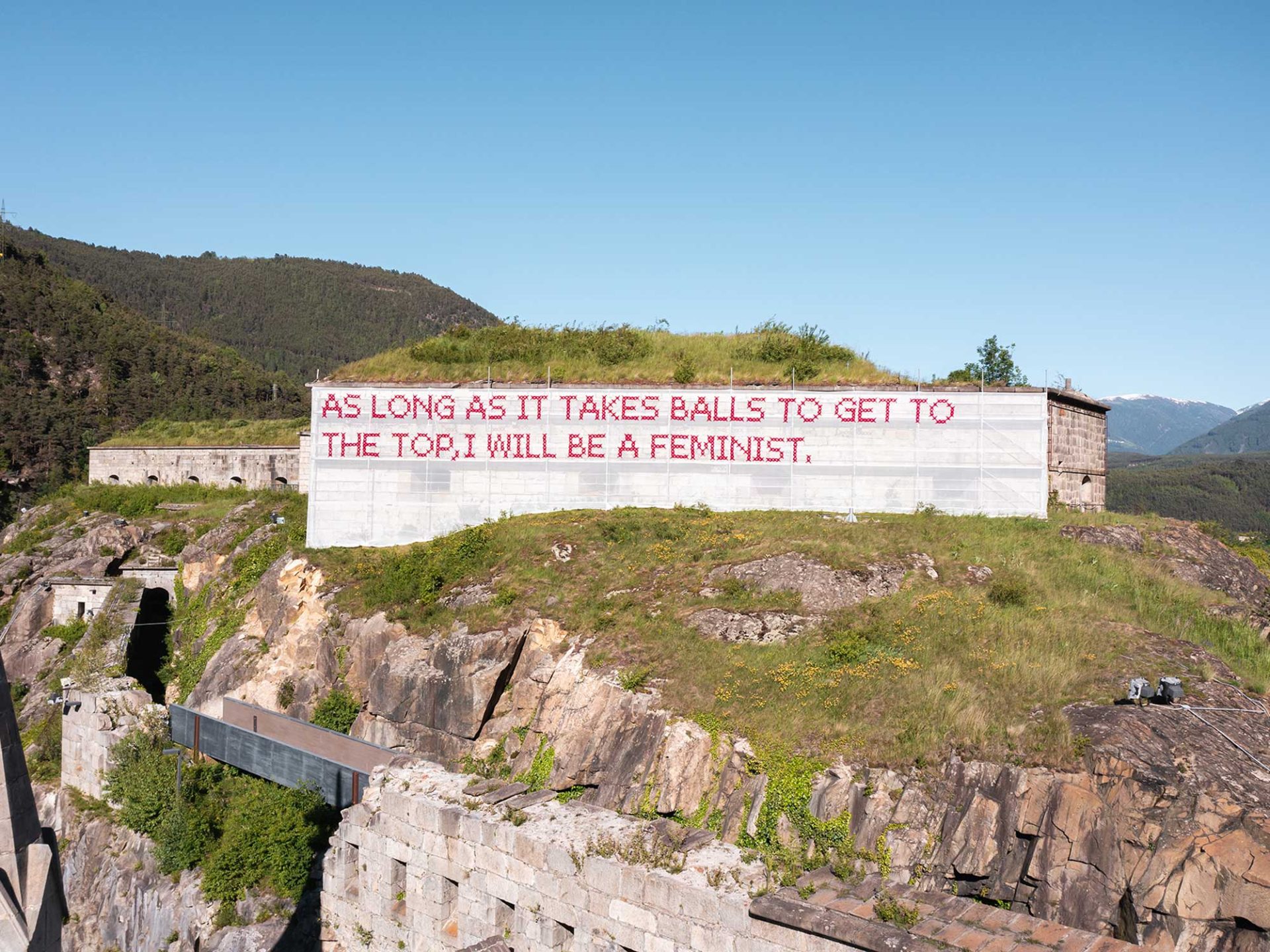 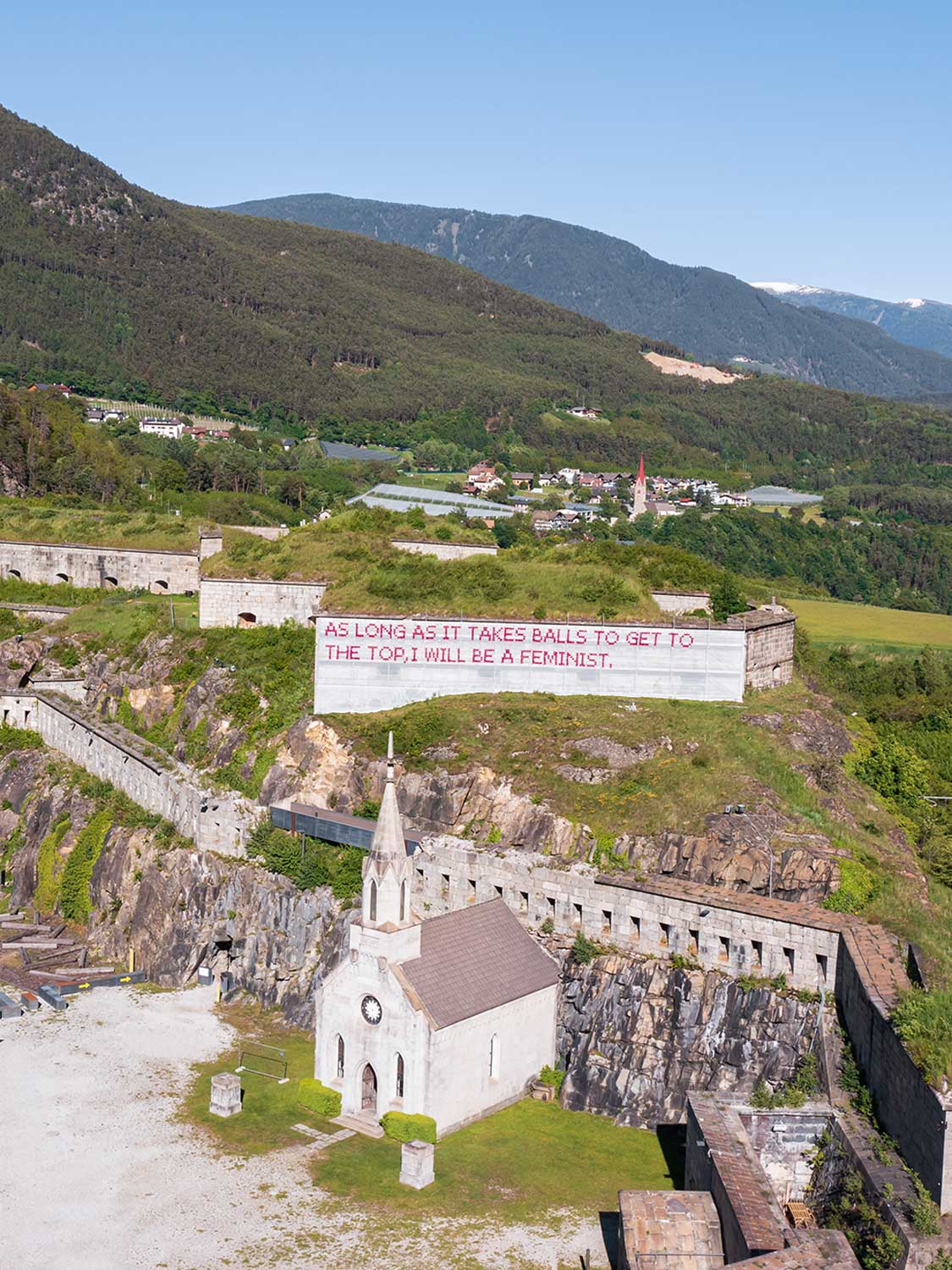 AS LONG AS it takes balls to get to the top, I will be a feminist.

What better site than a strongly male connotated fortress for a sentence that pokes fun at the dangling symbol of courage and masculinity? Male genitalia seem to be a source of virtue and courage all over Europe, from the UK to Germany, from Italy to Spain and France. A privilege only afforded to half of society. Countless idioms and sayings around “balls” – or “eggs” as we call them in German – try to prove that they are what it takes to gain power and be successful. The language we use has great influence on our lives and how we treat each other, it can create powerful images and associations.

So, while men can trust in the attributes of their physical bodies and the power networks they join, women and other genders have many more obstacles to face on their way to the top. Despite equal qualifications, they are most often confronted with the much-cited “glass ceiling.” What ‘naturally’ leads men to success can become an impossible feat for all others, keeping executive boards and other positions of power impenetrable fortresses.

“We’re speaking of basic representation on all levels of society, politics and business. How can it be that men are the ones who make most of the decisions for all of us? There is no doubt we have enough courage – what we need are fair chances to take part. As long as being a man is the prerequisite for a seat at the table in politics and economy, we will keep embroidering AS LONG AS sentences and shouting our criticism from the top of the mountains!”

This site is the perfect place for our message to be seen by thousands of people as it is clearly visible from the Brenner highway, which crosses the Alps and connects Germany, Austria and Italy.

Cooperation partners:
Festung Franzensfeste as part of the exhibition 50x50x50 allen alles/omnibus omnia/tutto per tutti/everything for everyone 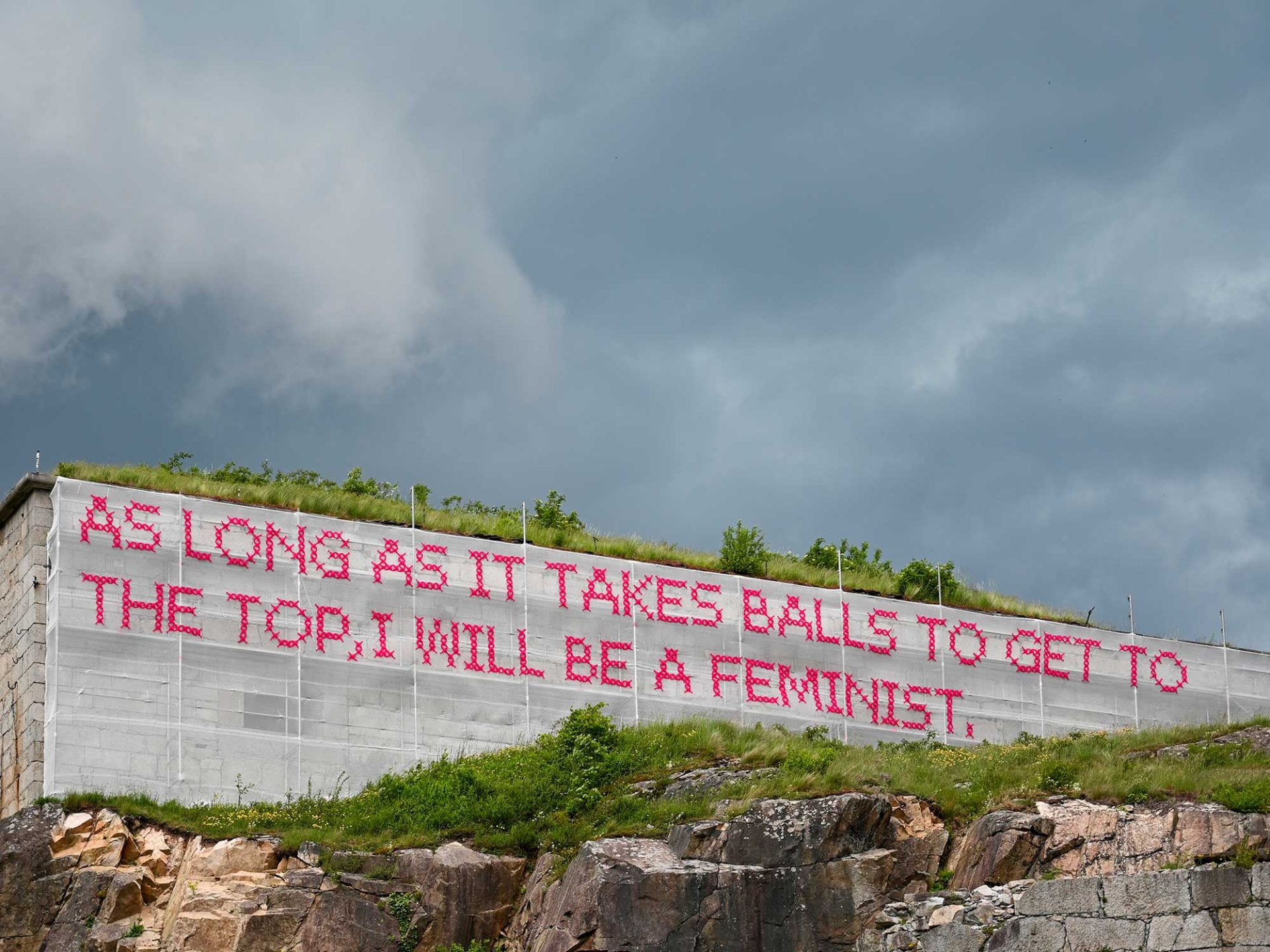