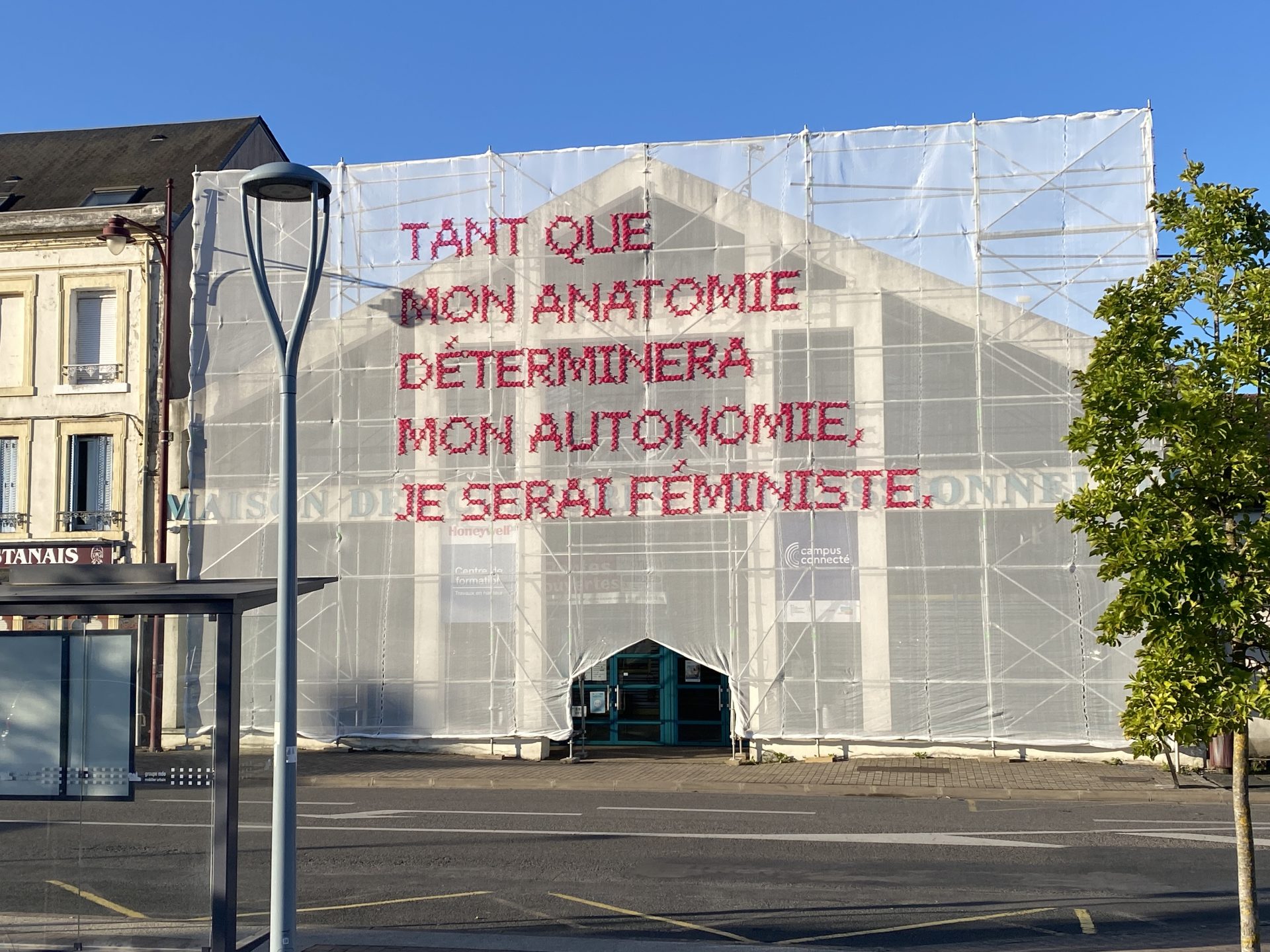 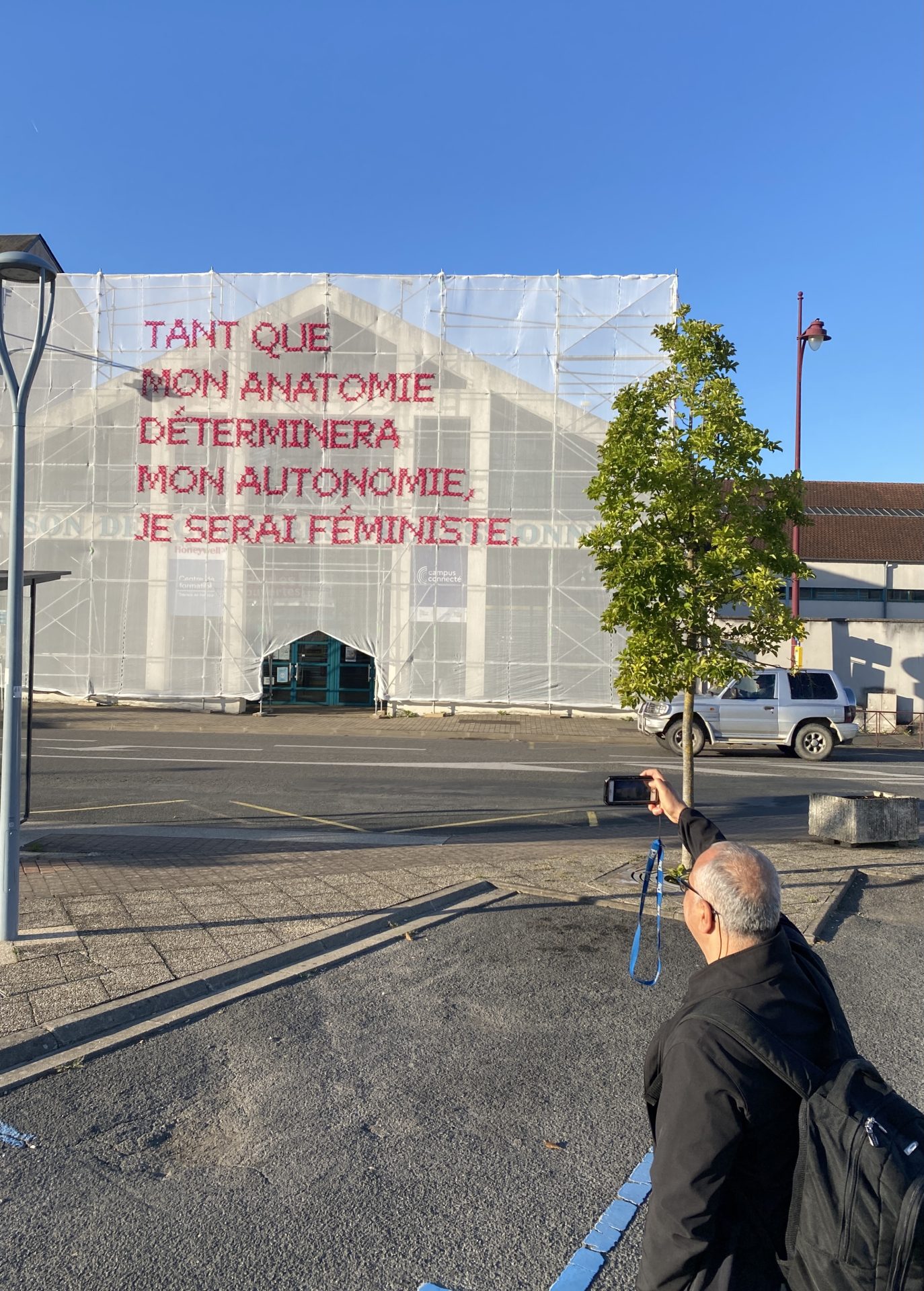 AS LONG AS my anatomy determines my autonomy, I will be a feminist.

SOLANGE is proud to present its first ever net in France as part of the “Biennale d’Art et d’Architecture du Frac Centre-Val de Loire” in Vierzon. The message of our large-format, hand-embroidered scaffolding nets are in perfect alignment with the Biennale’s theme of “Infinite Freedom, a World for Feminist Democracy”, which exclusively presents artworks by women artists.

The creation process of SOLANGE always involves an intense period of on-site research and involvement of local communities. For example, 16-year-old students in Vierzon feel excluded when they are told martial arts aren’t for girls during practice. They do not want comments on their clothing, and they want to feel safe walking down the street at night. A social worker elaborates on the many disadvantages women face in the job market or as single parents; how women carry the mental load in their families, often without questioning it. A local politician quotes from a national study on various fields where women still face inequality.

AS LONG AS my anatomy determines my autonomy, I will be a feminist.

The issues addressed in these discussion rounds are deeply rooted in the idea that gender is an undisputed parameter that determines which privileges and freedom a person has – or doesn’t have. It is decided when we are born, and we are left with no choice. This concept equally applies to race, religion, social background, and so on.

In Europe, the United States and other countries around the world, we are currently experiencing an alarming backlash to women’s rights, driven and radically endorsed through social media. The aim is to protect the power of white men with all means necessary and to degrade and discredit women and other minoritized groups.

SOLANGE invites everyone to become part of change led by the principles of humanity and equality. Democracy is the strongest base for equal society. Today, sites of power are still dominated by men and important decisions – even when they pertain mostly to women – are predominantly made by men. This calls for change through various means, including art in public space, where we can broadly raise awareness and reach a wide, diverse audience. It is our central aim to create mutual understanding and open dialogue marked by respect, understanding and empathy.

This message is a value we share with the Vierzon Biennale:

“Who am I standing behind the curtain, out of view? I am a voice, personality, meaning, spirit, opinion, attitude… human. Without anatomy I am autonomous, free. I am free of the limitations set by my looks, skin colour, religion, status. I am also free of privilege. I am equal to all others. This is where I want to be, side by side, in solidarity, respect, on the same level as those around me. This is our human right. This is our definition of feminism.” 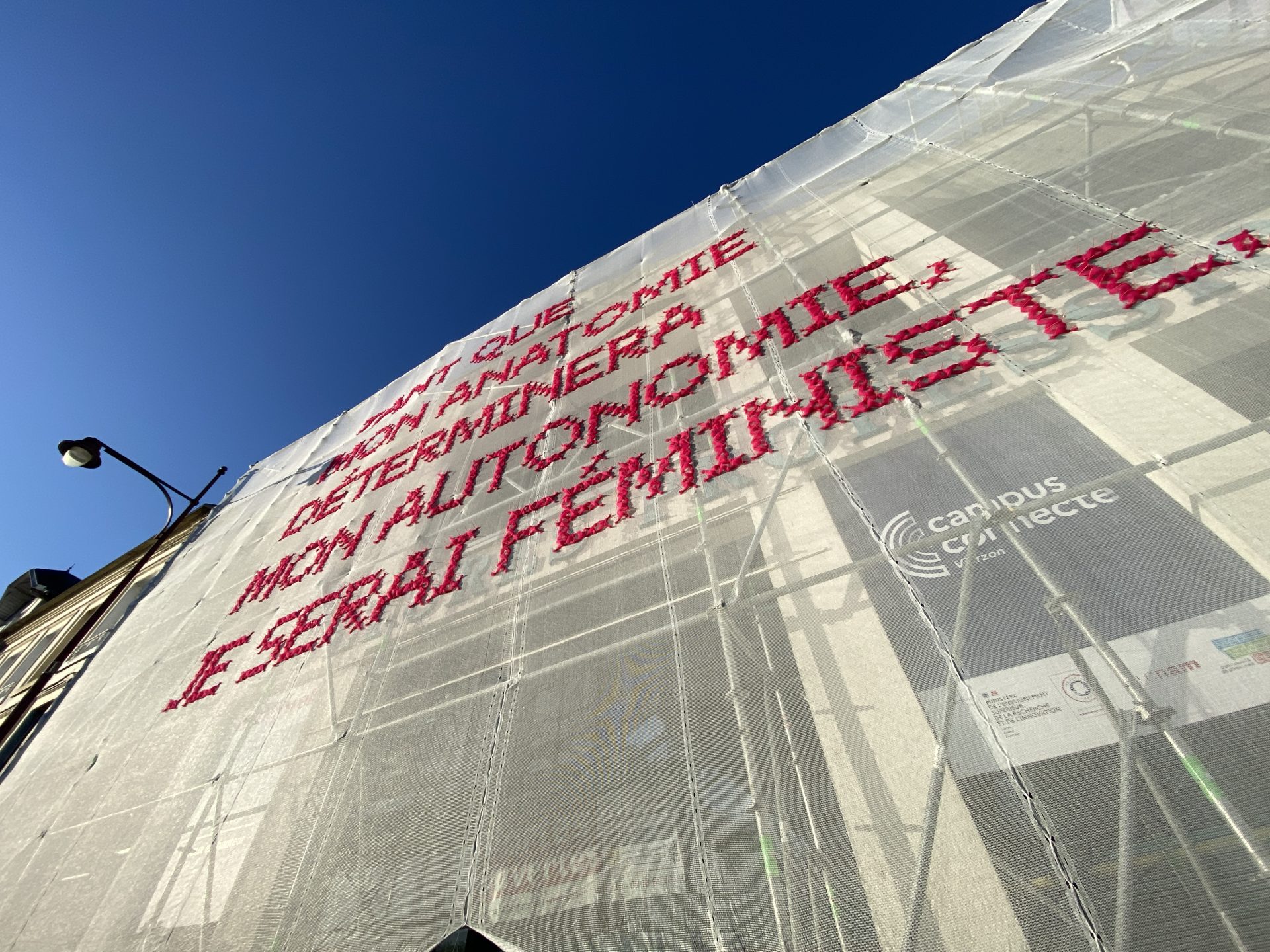 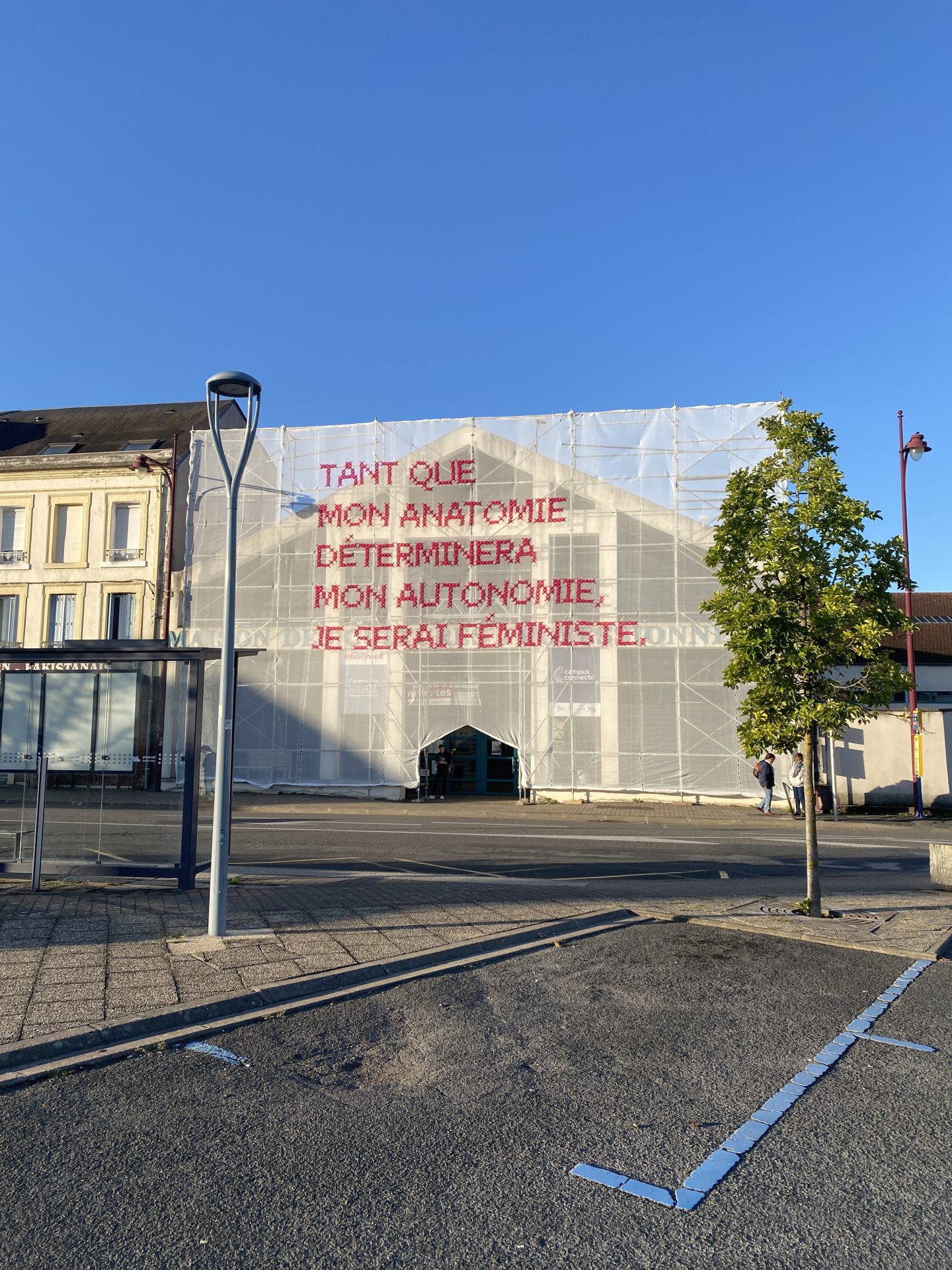 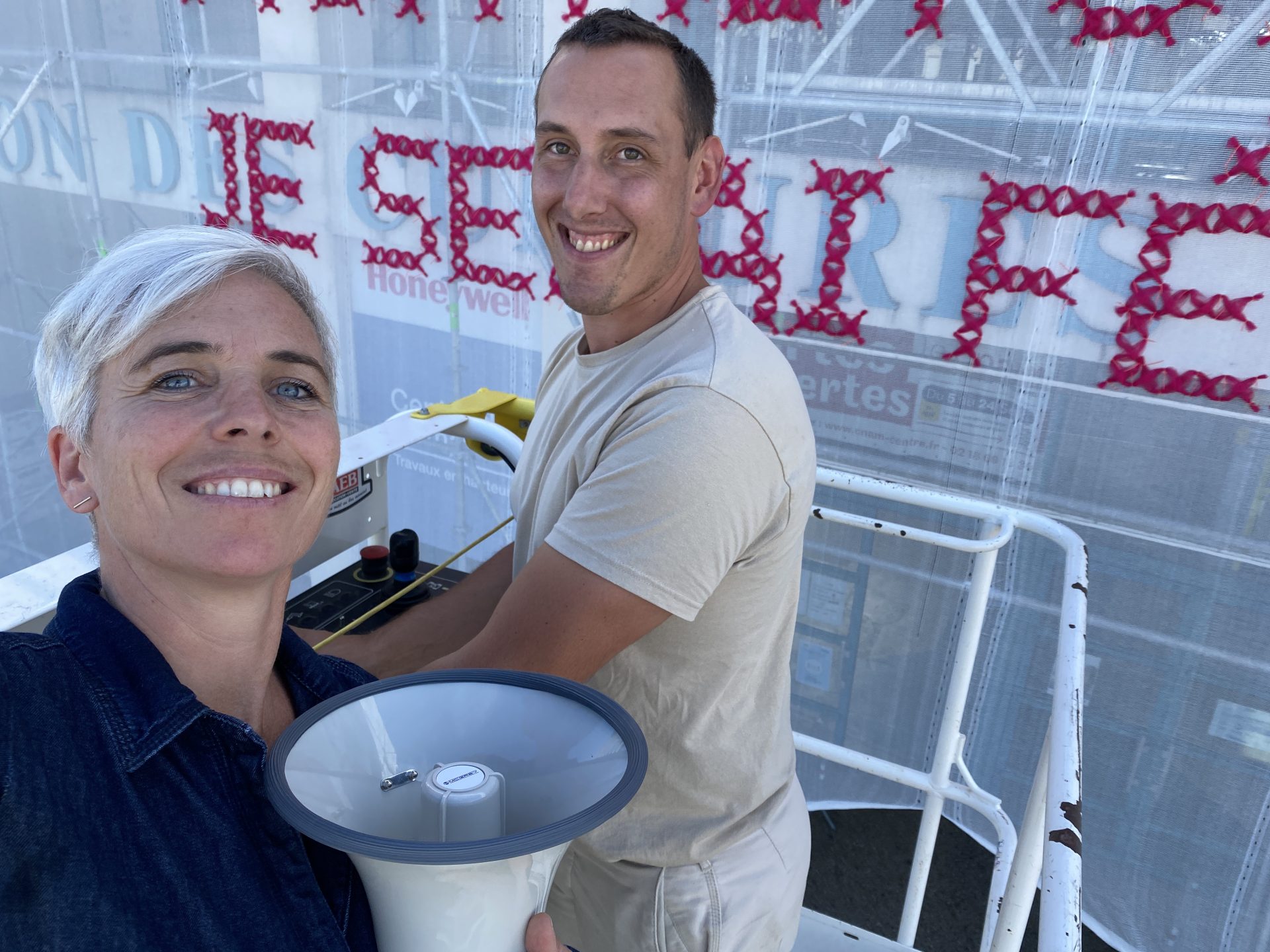 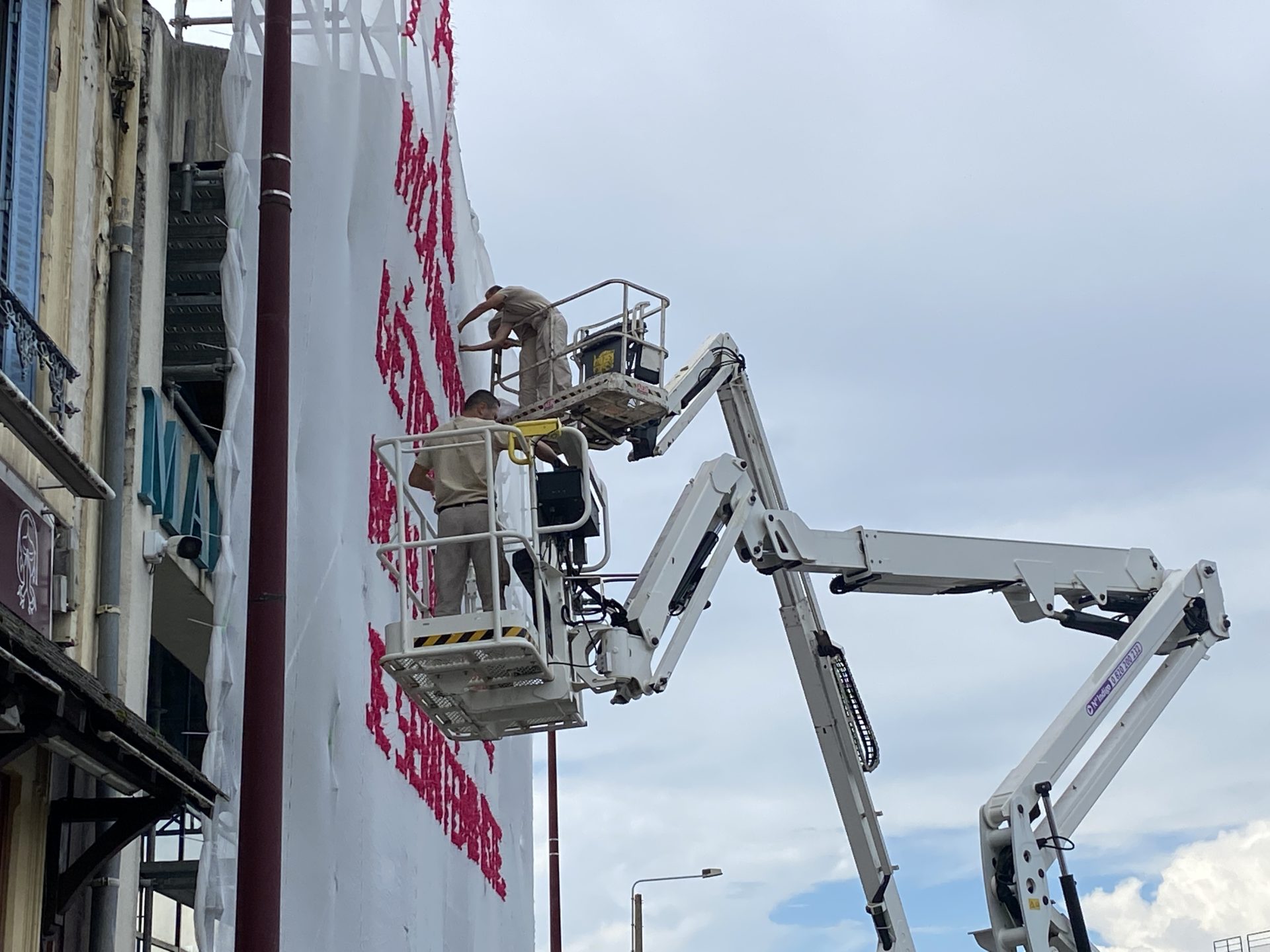 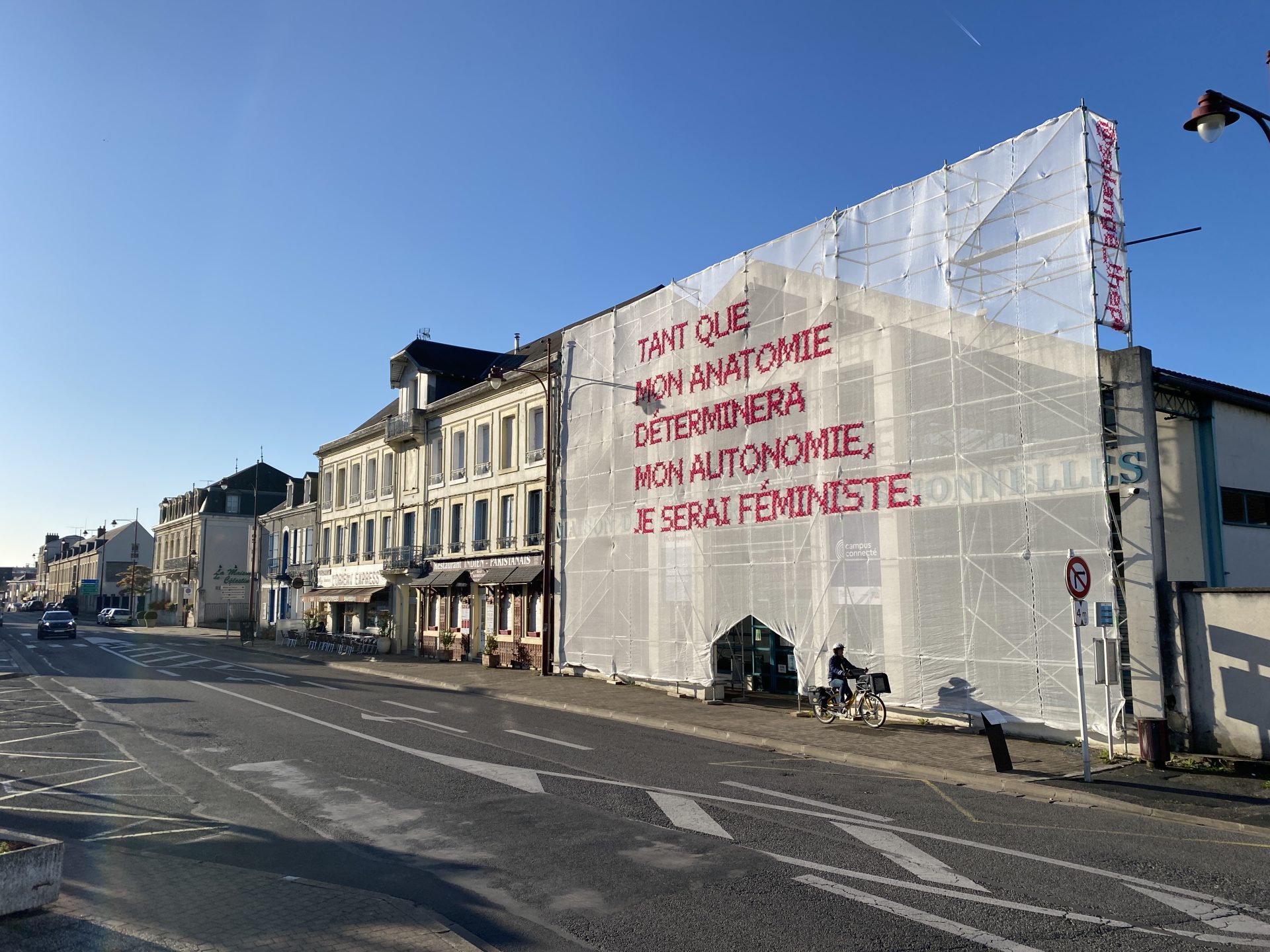 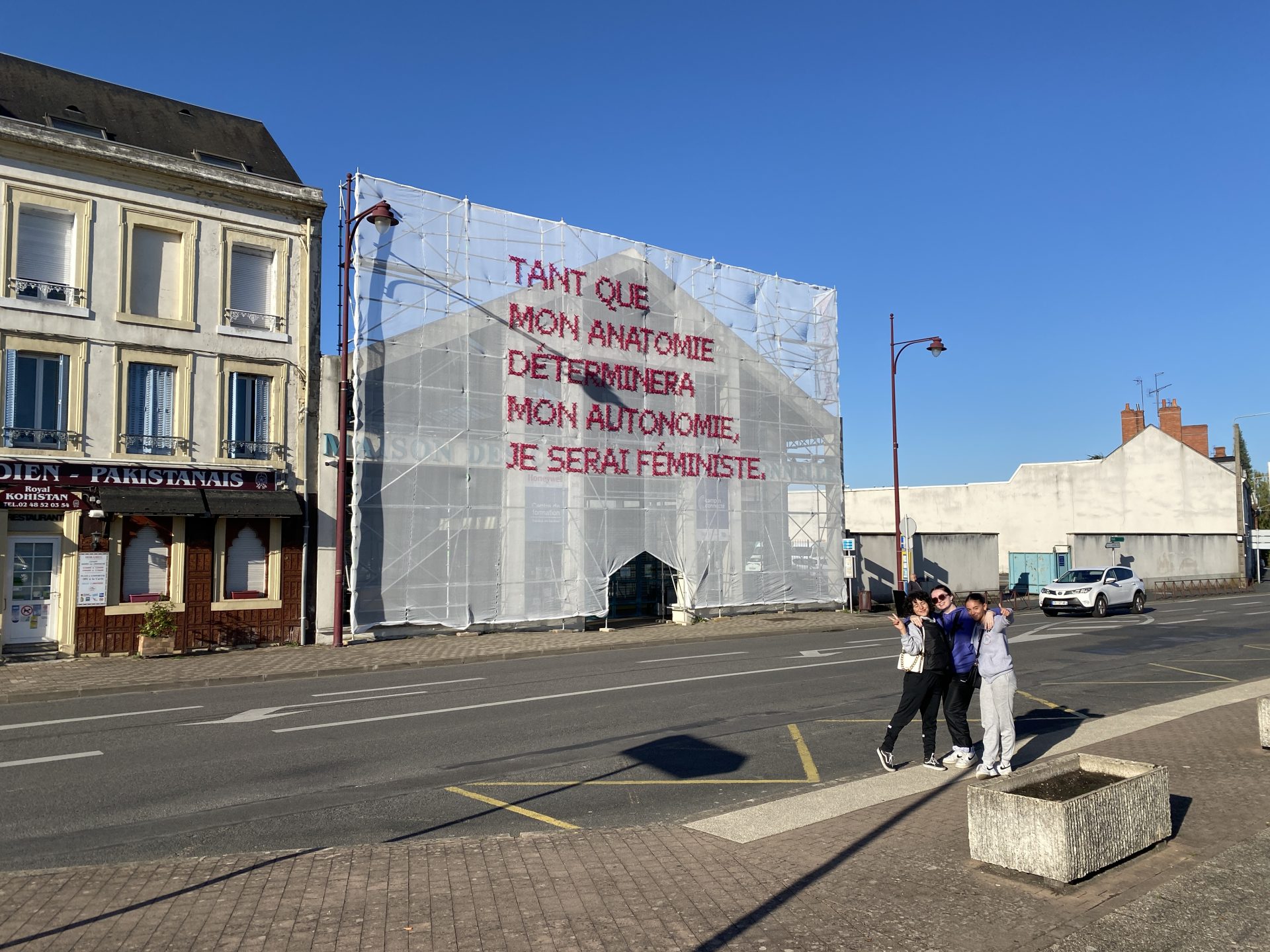 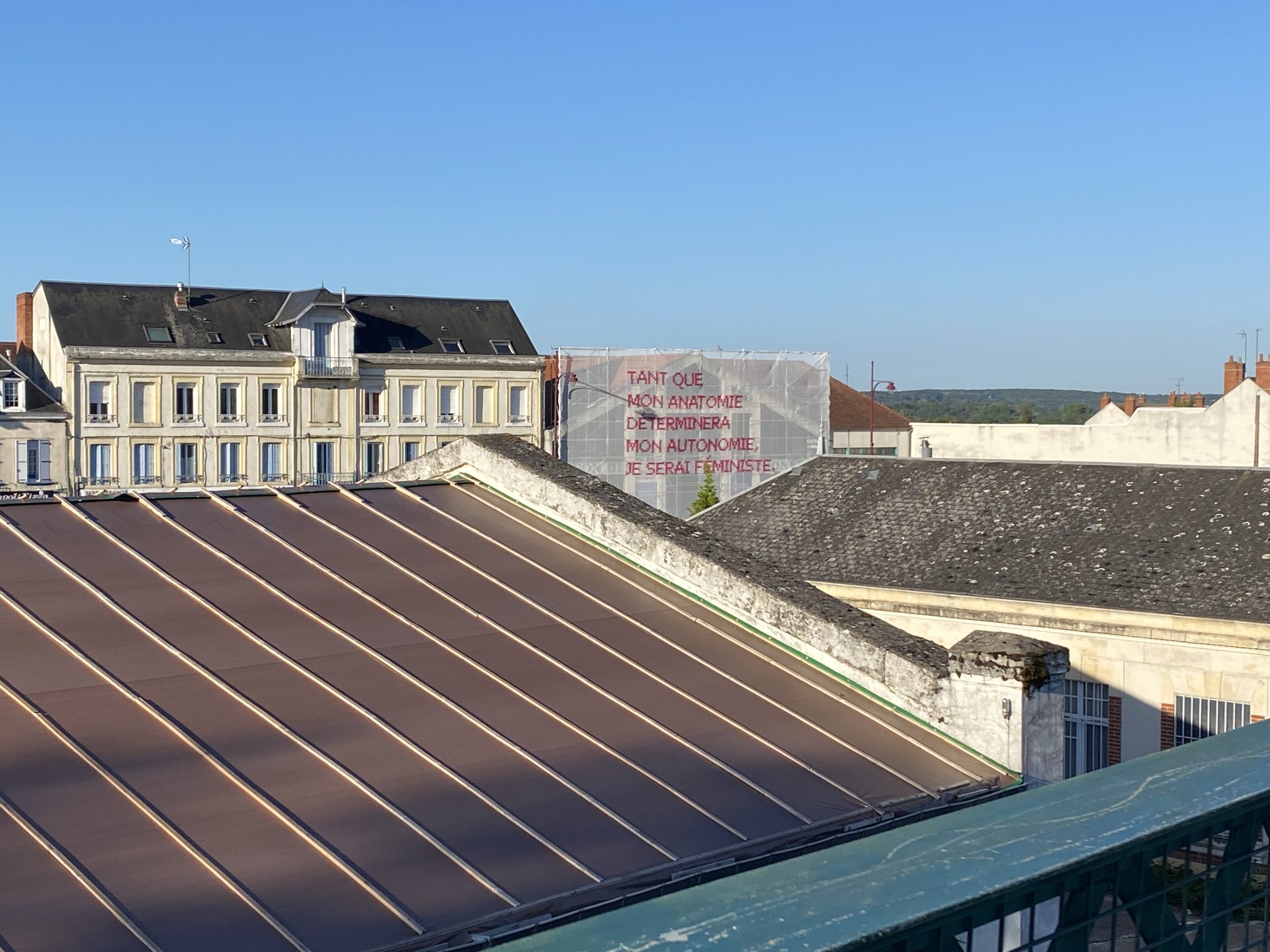