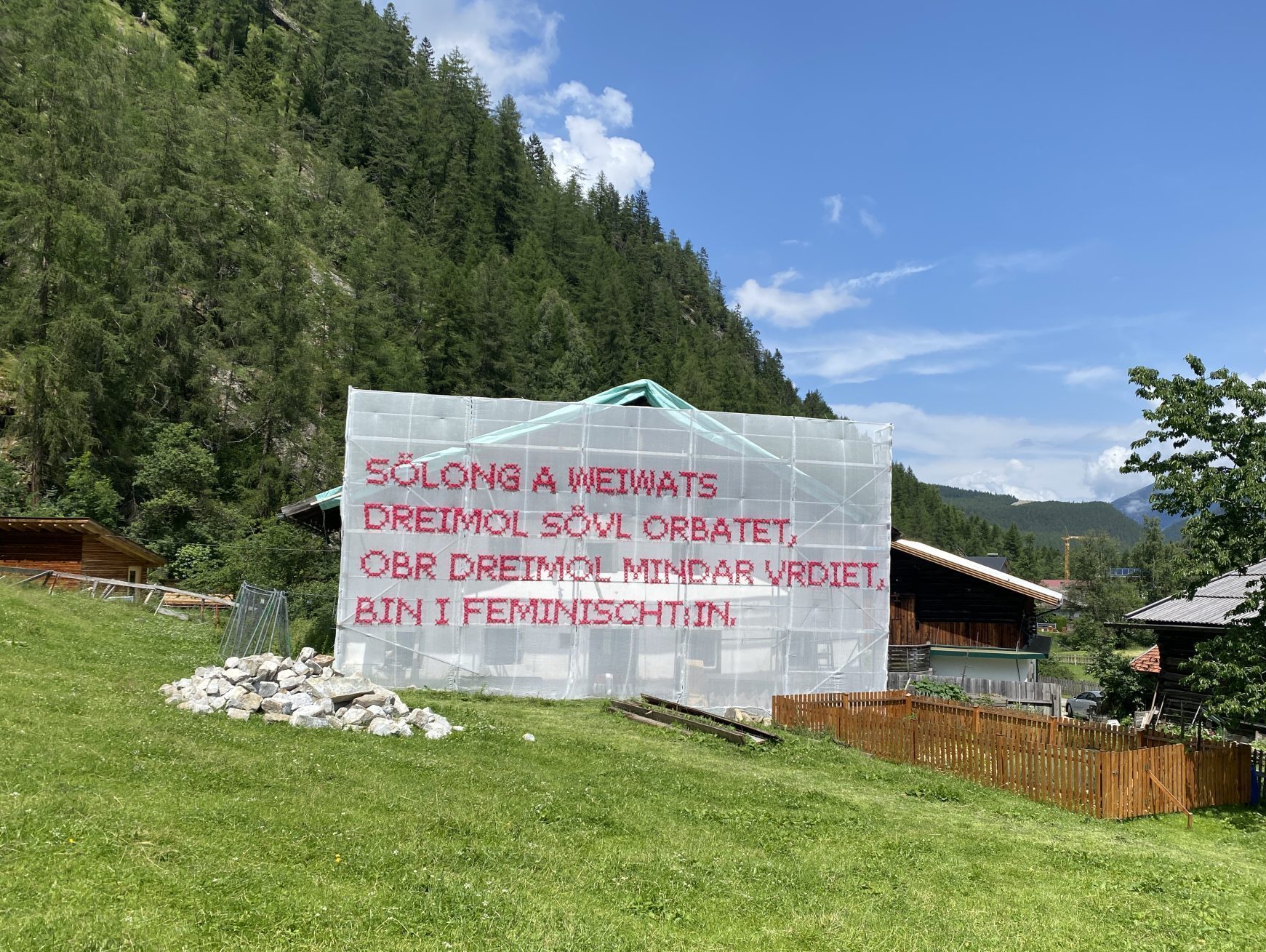 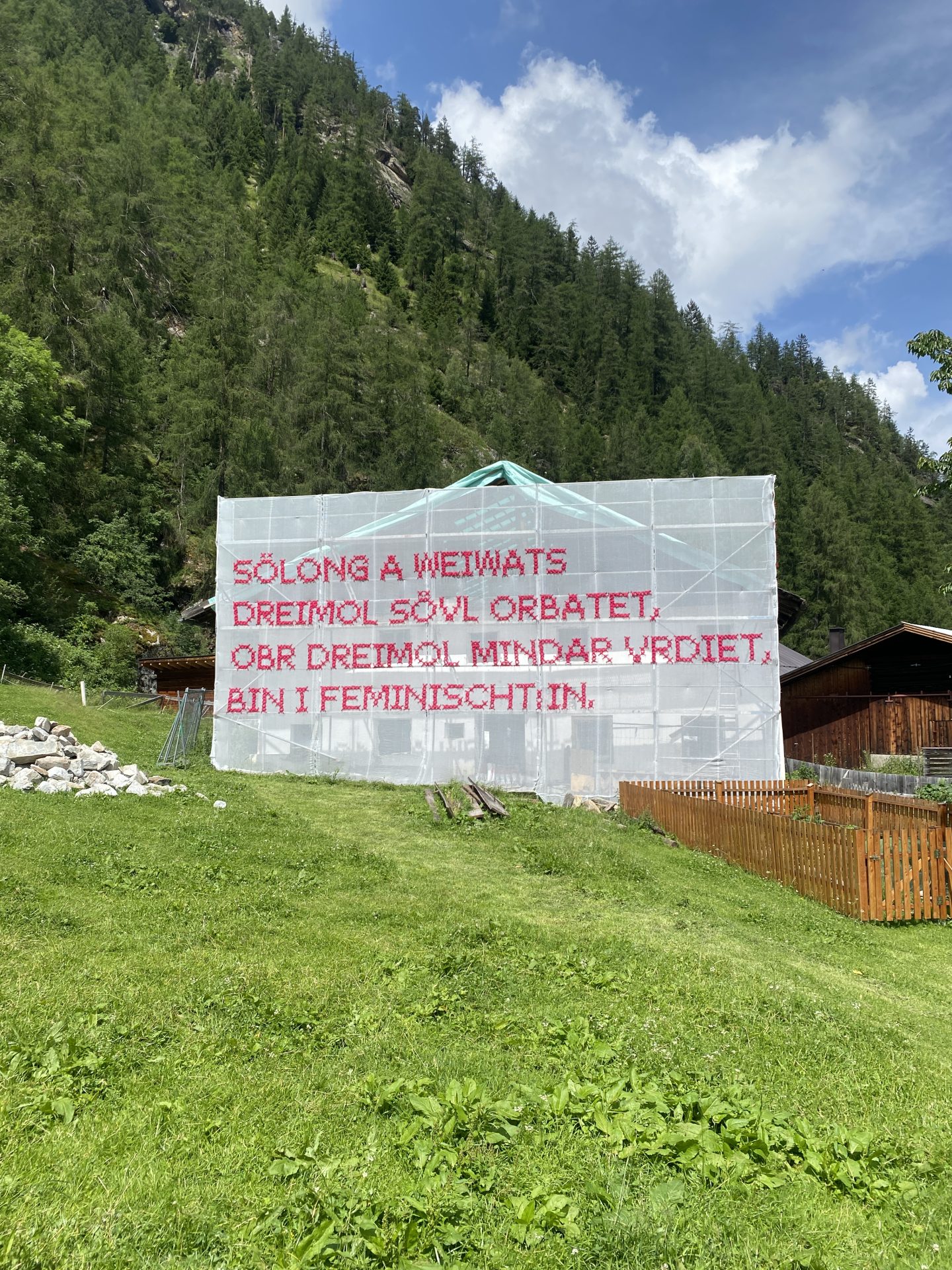 AS LONG AS women work three times as much but earn three times less, I will be a feminist.

AS LONG AS WOMEN WORK THREE TIMES AS MUCH BUT EARN THREE TIMES LESS, I WILL BE A FEMINIST.

When we create a new SOLANGE net, the site and surrounding culture play an important role. The sentence for this location fits perfectly into the scenery of the Ötztal’s open-air heritage museum – both in its meaning and its form. It is the first SOLANGE net that uses dialect to convey the message.

“The Ötztal dialect is officially inscribed UNESCO Intangible Cultural Heritage. It was an obvious choice to create a sentence in this socially, culturally and historically relevant form of local language,”

the artist explains her choice. The sentence deals with the multiple layers of responsibility many women carry in their lives. “Working three times as much” refers to the triad of paid work, mental load and care work. During the pandemic this triple work load for women peaked and at least began to receive some attention. Depending on the survey, calculations and occupation, women in Austria are paid between 20-50 % less than their male colleagues. In addition to this pay gap, women are responsible for the majority of unpaid care work and family management at home, often with little appreciation for their efforts.

”The mental load is a constant hum in women’s and mothers’ daily lives. From remembering to get a gift for one kid’s best friend, arranging the dentist appointment for the other child, making sure all homework is done to not forgetting to pick up Grandpa’s medication on the way home – it is an endless stream of mental tasks that keep women busy all day and can keep us up at night,”

Cibulka describes her experience of the mental load. She feels finally having a specific term to address this largely invisible burden is a relief and first step towards change. The mental load is seamlessly followed by care work, i.e. caring for children and teens, elderly relatives or relatives with special needs. These activities also have little visibility and are rarely honoured. Care work requires an enormous amount of energy and demands full emotional commitment. This is why it is often tied to symptoms of burnout.

Of course, there are overlaps between all of these forms of work, and discrimination is particularly rampant where they intersect. People – mostly women –employed in the care sector, including kindergartens, nursing homes, institutions for the disabled, etc. earn low wages and often continue their work at home for free.

In the popular tourist destination Ötztal in Tyrol, Austria, traditional gender roles are still set in stone. These roles are often expected and passed on from one generation to the next:

“Basically, women run the show, keep the family business and family life going with tireless commitment. Cultural heritage is important but even Ötztal locals can open themselves to new roles and learn how, ultimately, everyone benefits from a fair and open society.”

The aim is to find solutions for these issues that concern us all. Equally sharing the work – particularly unpaid work at home – leads to better understanding, more equality in the workplace and ultimately better socio-political decisions.

In this sense the SOLANGE sentence in Ötztal dialect is not a conventional art work for an exhibition hall: installed on the facade of the Wastls house, it encourages everyone to start a vibrant and fruitful conversation! Come join us in spreading equality! 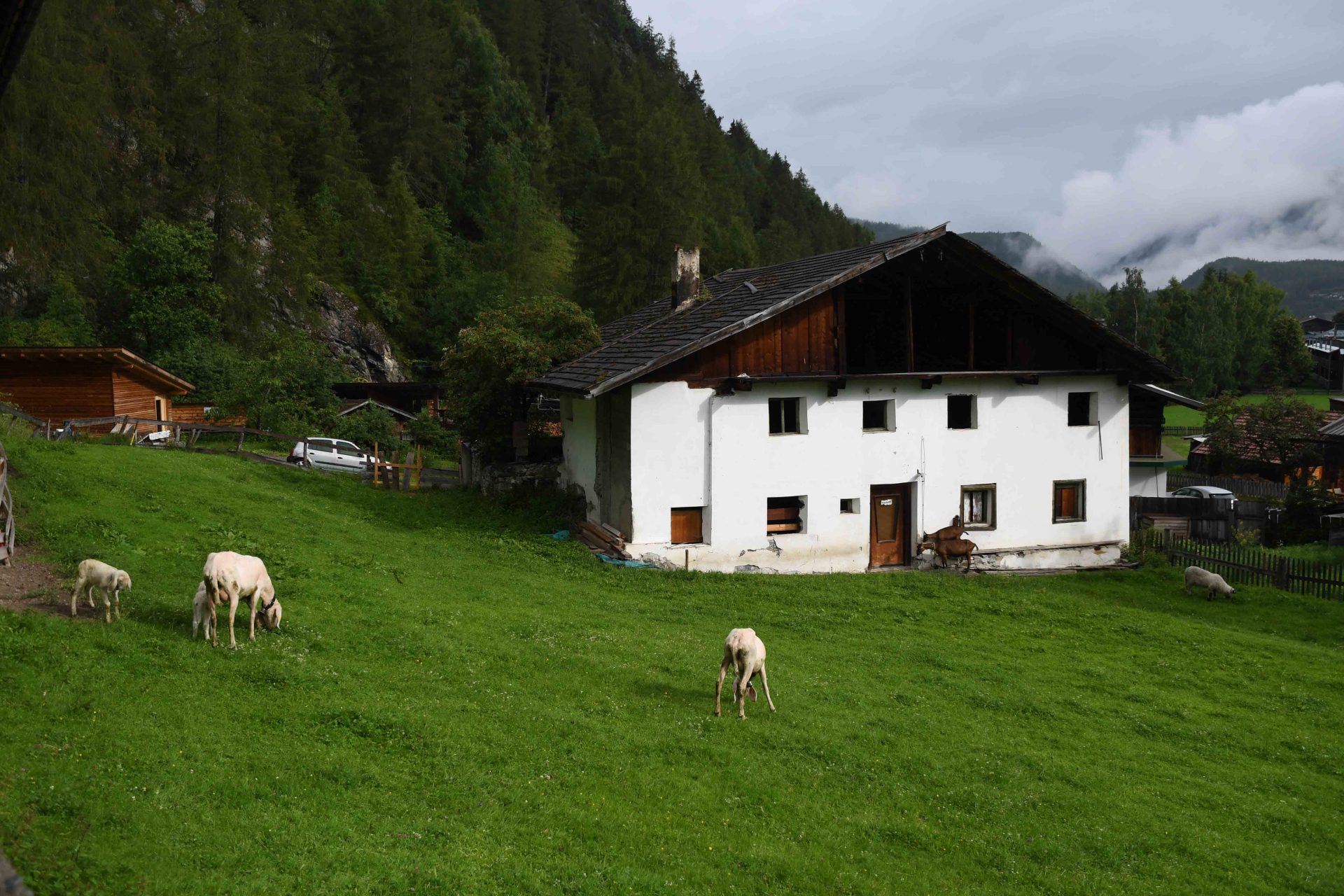 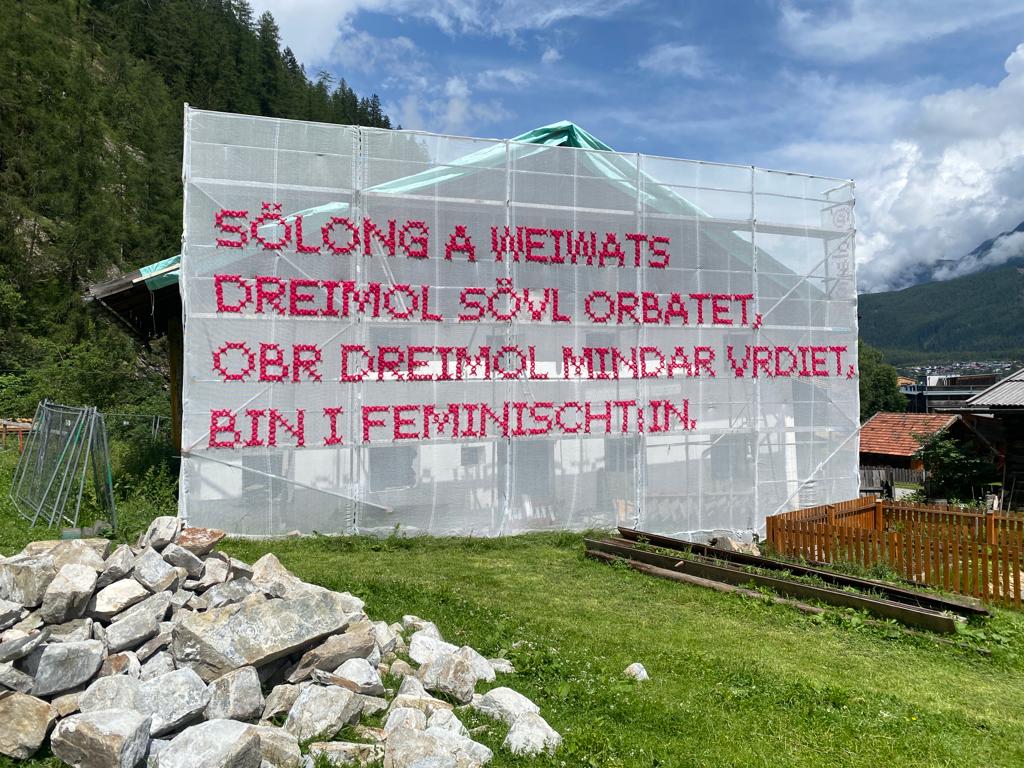 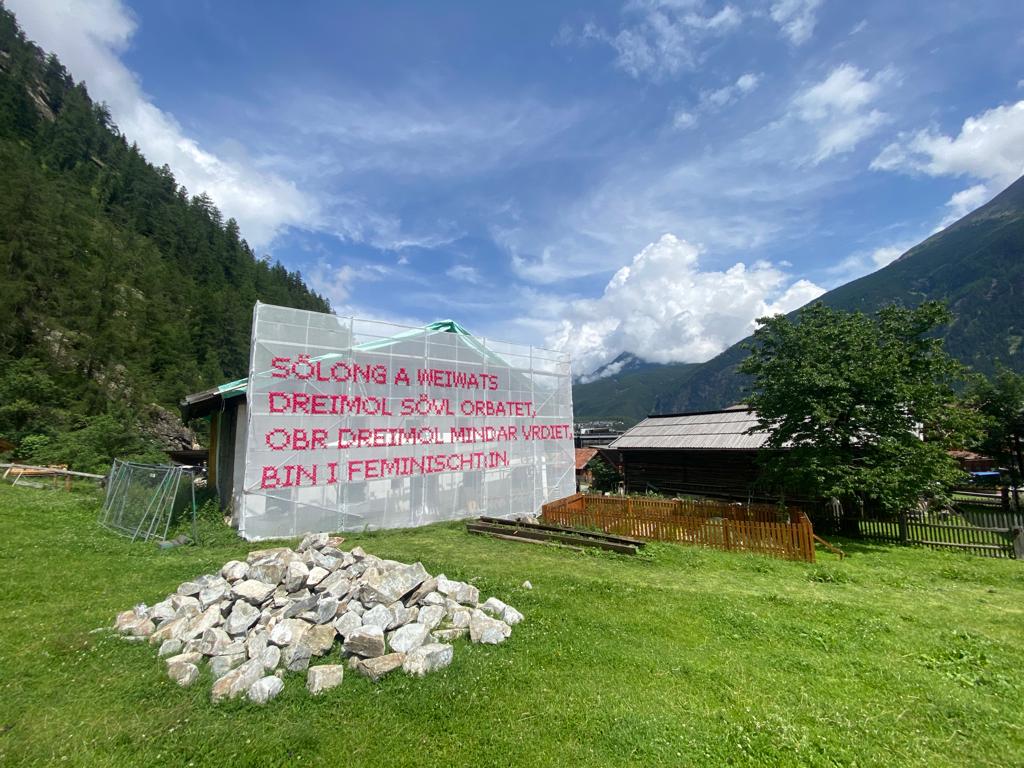 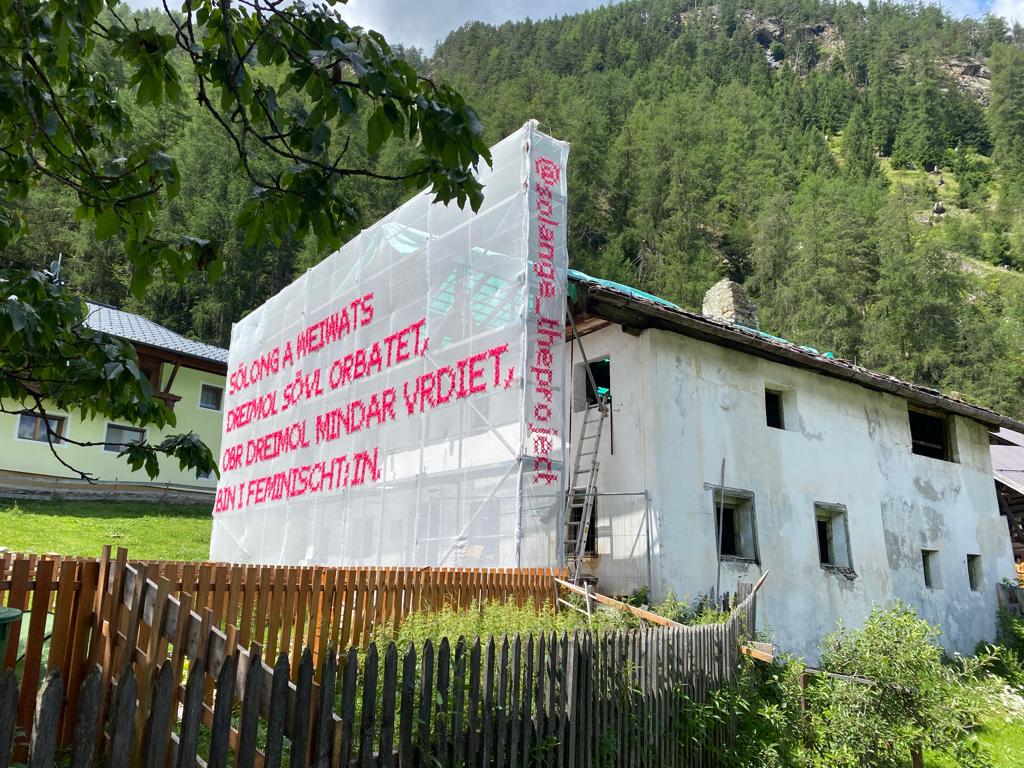 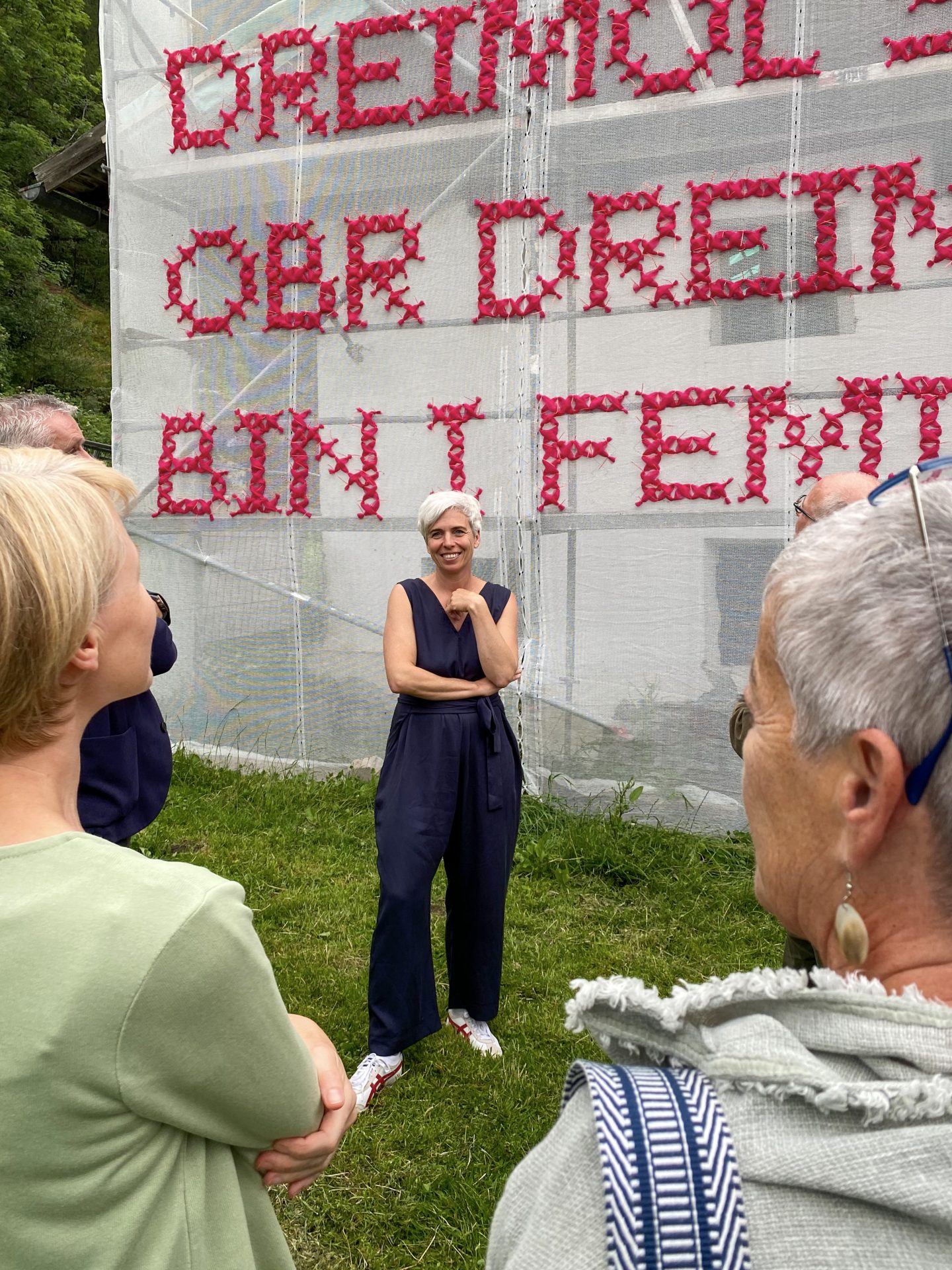 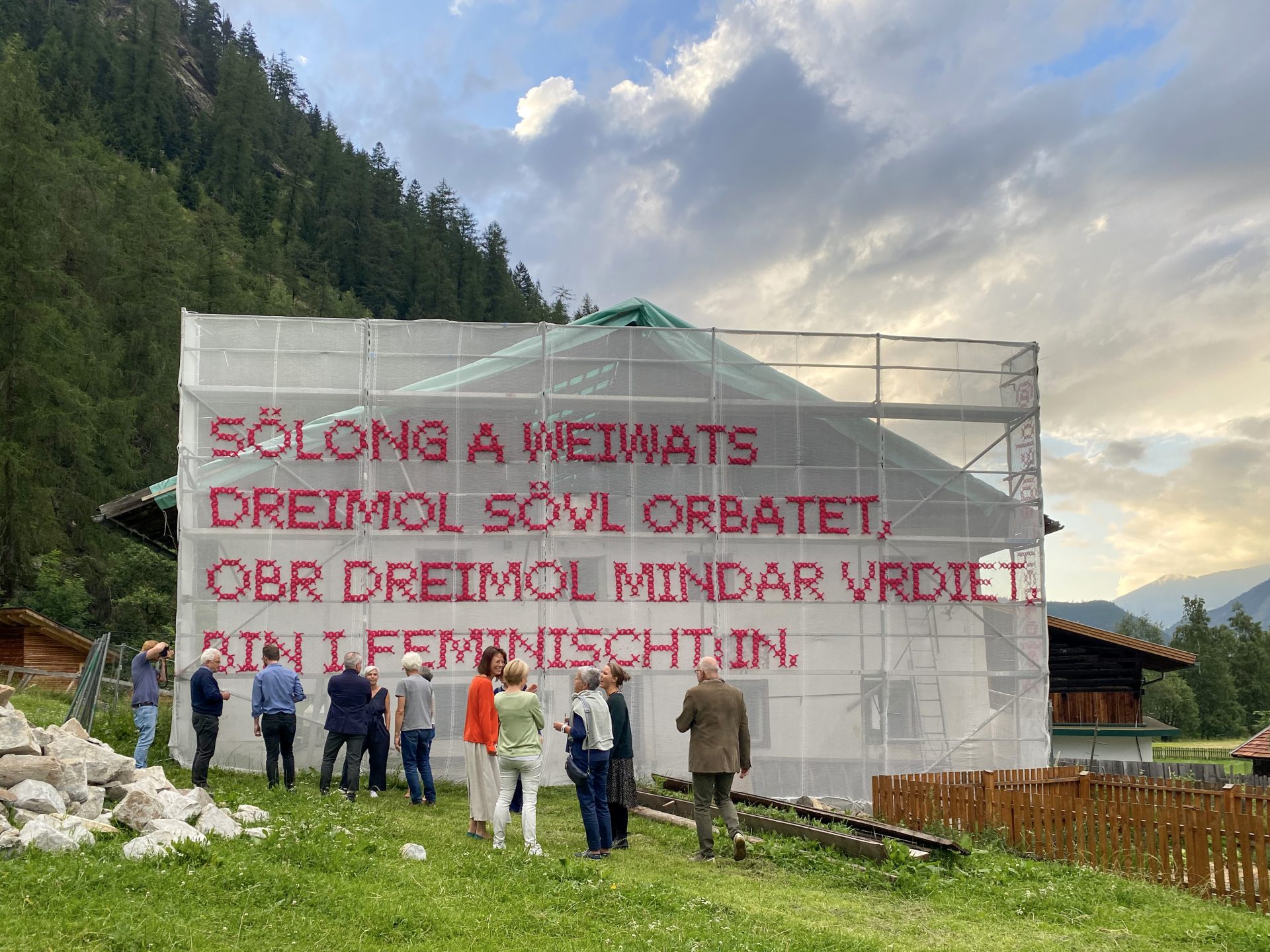 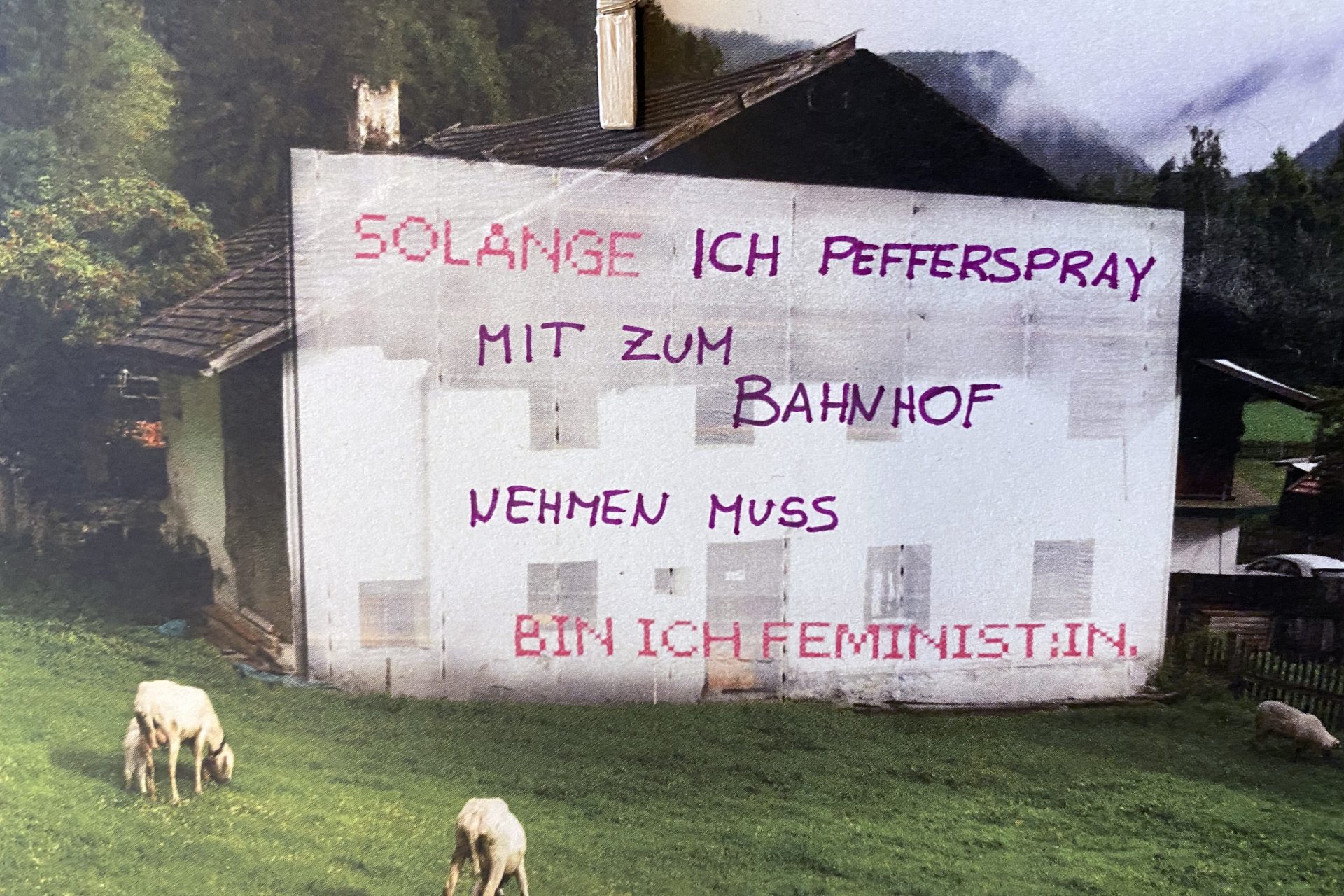 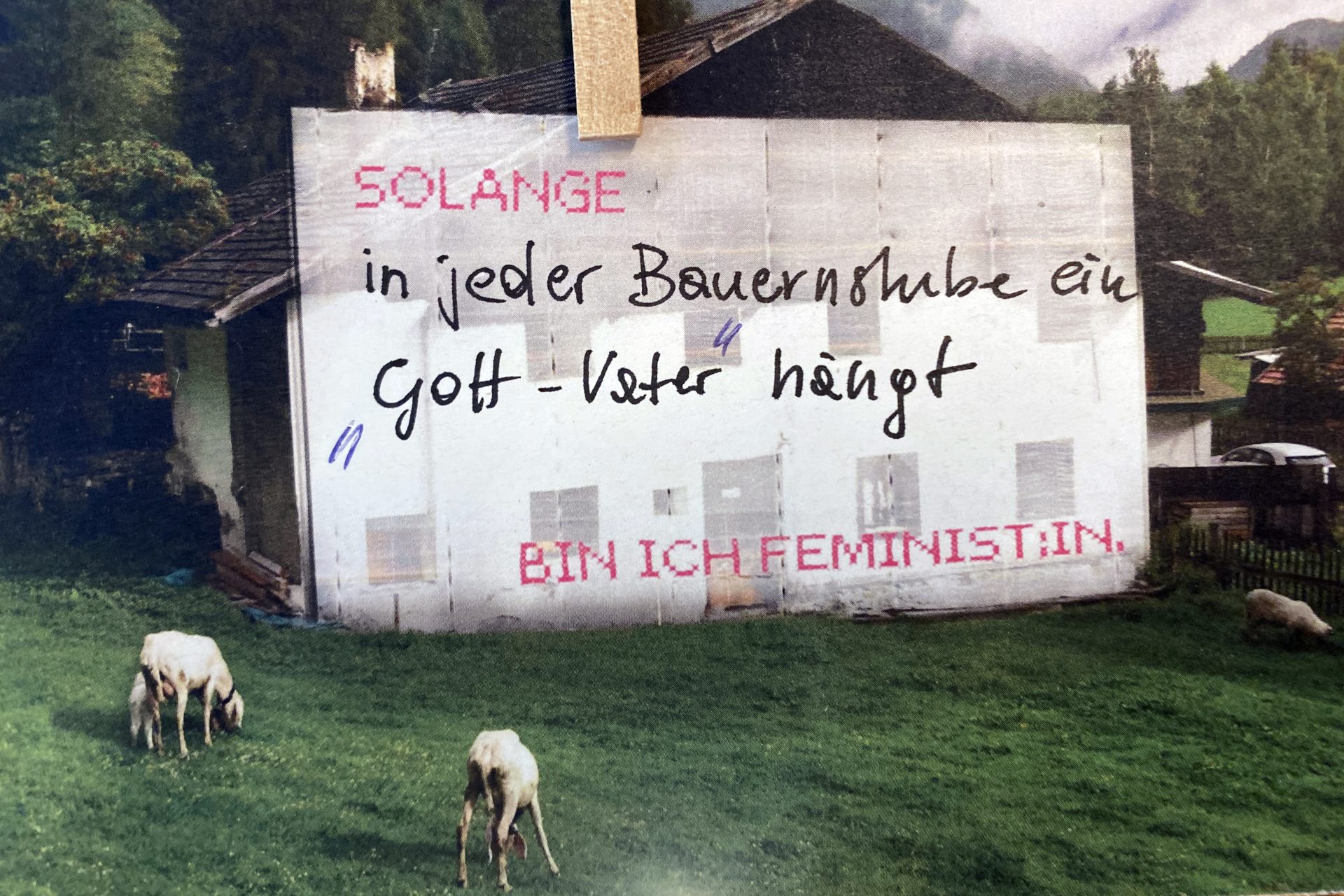