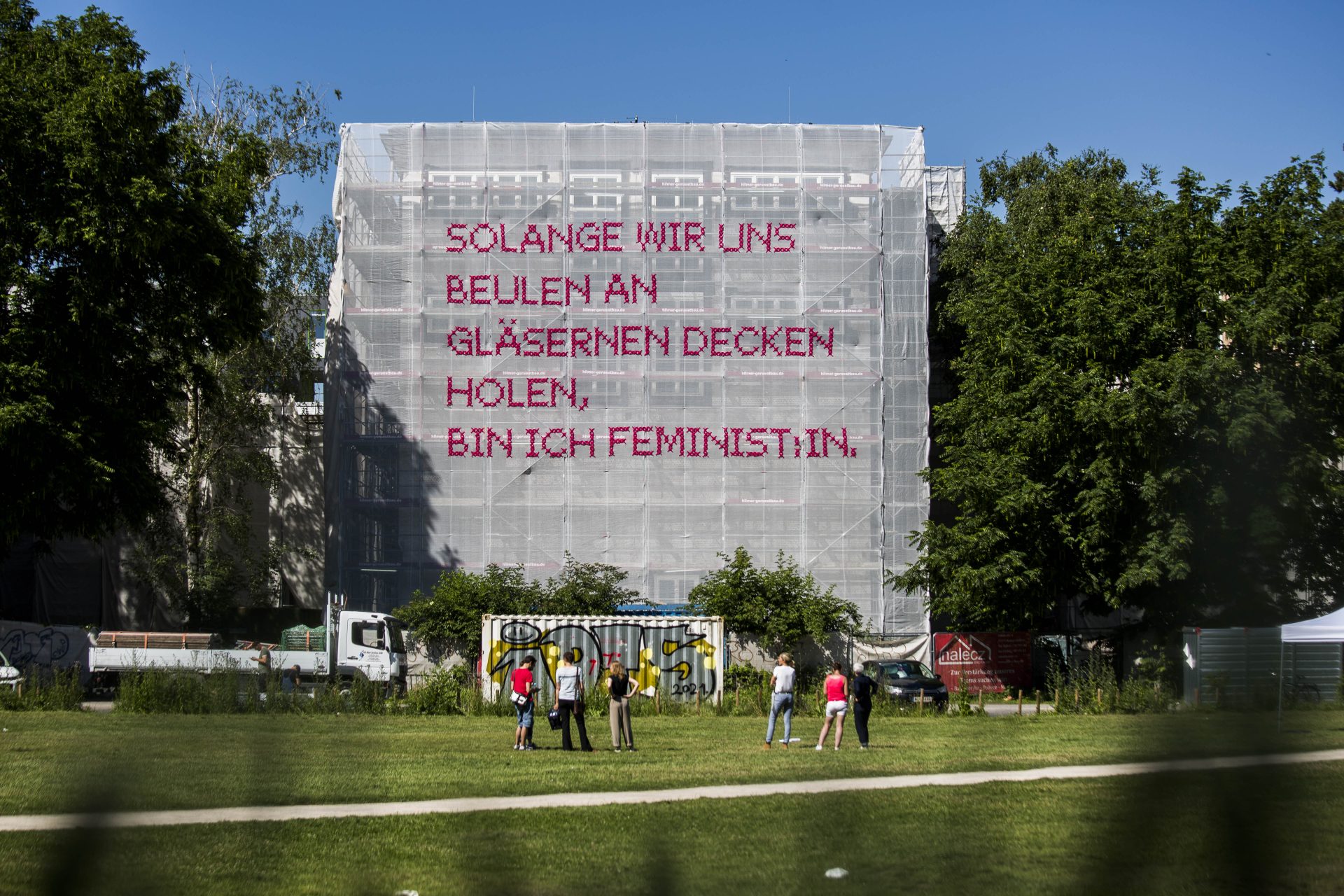 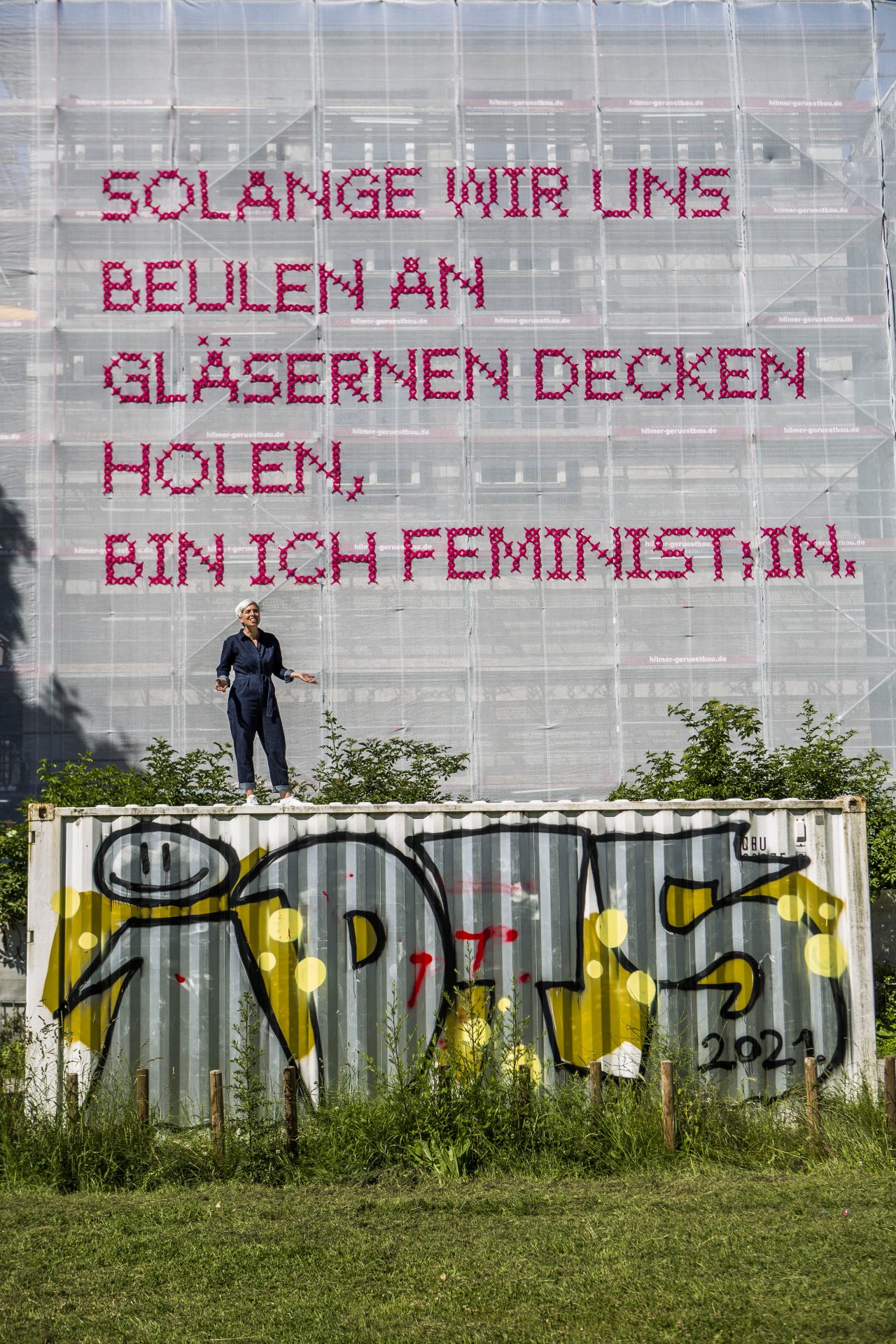 AS LONG AS we bump our heads on glass ceilings, I will be a feminist.

AS LONG AS WE BUMP OUR HEADS ON GLASS CEILINGS, I WILL BE A FEMINIST.

On June 15, 2022, AS LONG AS unveils its second net in Cologne, Germany. Presented on the facade of the University of Cologne, it addresses how women’s careers within academia, universities and other workplaces come to an unexpected halt midway. The term glass ceiling originated in the USA and describes the invisible, yet tangible barriers that hold women and marginalized groups back in the course of their careers.

“A survey about career advancement at the University of Cologne showed that while men and women are pretty equal up to their PhDs, only 27% of professors are women. A lack of talent, knowledge or ambition is surely not the reason for this gap. There are clearly other factors at play here,” Katharina Cibulka explains. “Suddenly we bump into glass ceilings that no one prepared us for or told us about. And before it happened, we were so sure that we had an absolutely equal career.”

Universities are no exception to other workplaces. Women’s careers often end in middle management, even if they are qualified for much higher positions. At the same time men with similar qualifications make it all the way to leading positions and executive boards.

The reasons for this imbalance are complex. HR departments often opt for men as candidates for higher positions claiming that women are too tied up in their family lives to qualify. This argument is deeply enmeshed in traditional gender stereotypes. It is a fact, however, that women often carry the double load of care work and job responsibilities. The imbalance of unpaid care work at home means women have less available time, lower earnings and thus fewer career opportunities – and so the cycle continues.

What can we do to break through the class ceiling? The AS LONG AS sentence on the facade of the University of Cologne is aimed at sparking discussion around work inequality, both in and beyond university structures. We want to encourage new ideas and systematic change. After all, we cannot afford to miss out on the excellence of women and marginalized groups in science and research.

“Change begins in our minds. We all continue to reproduce gender norms – reflecting and discussing them is the first step to systematic change. As soon as men start taking over a fair share of unpaid care work, things will start to improve. And as soon as women start smashing glass ceilings instead of cleaning them, we will see true change,” Cibulka says with a smile.

This AS LONG AS net was supported by the equal opportunities representative and the rector of the University of Cologne. 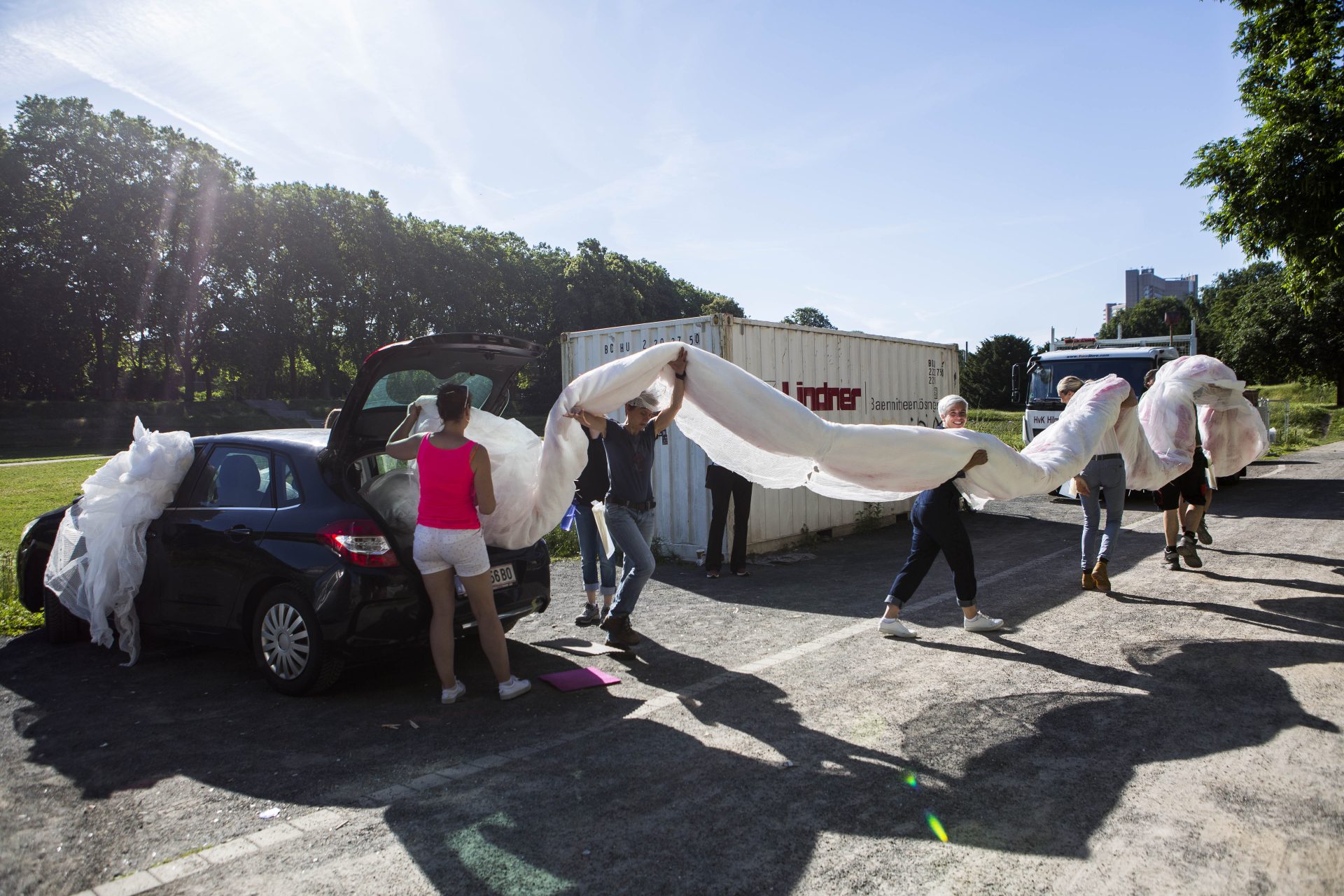 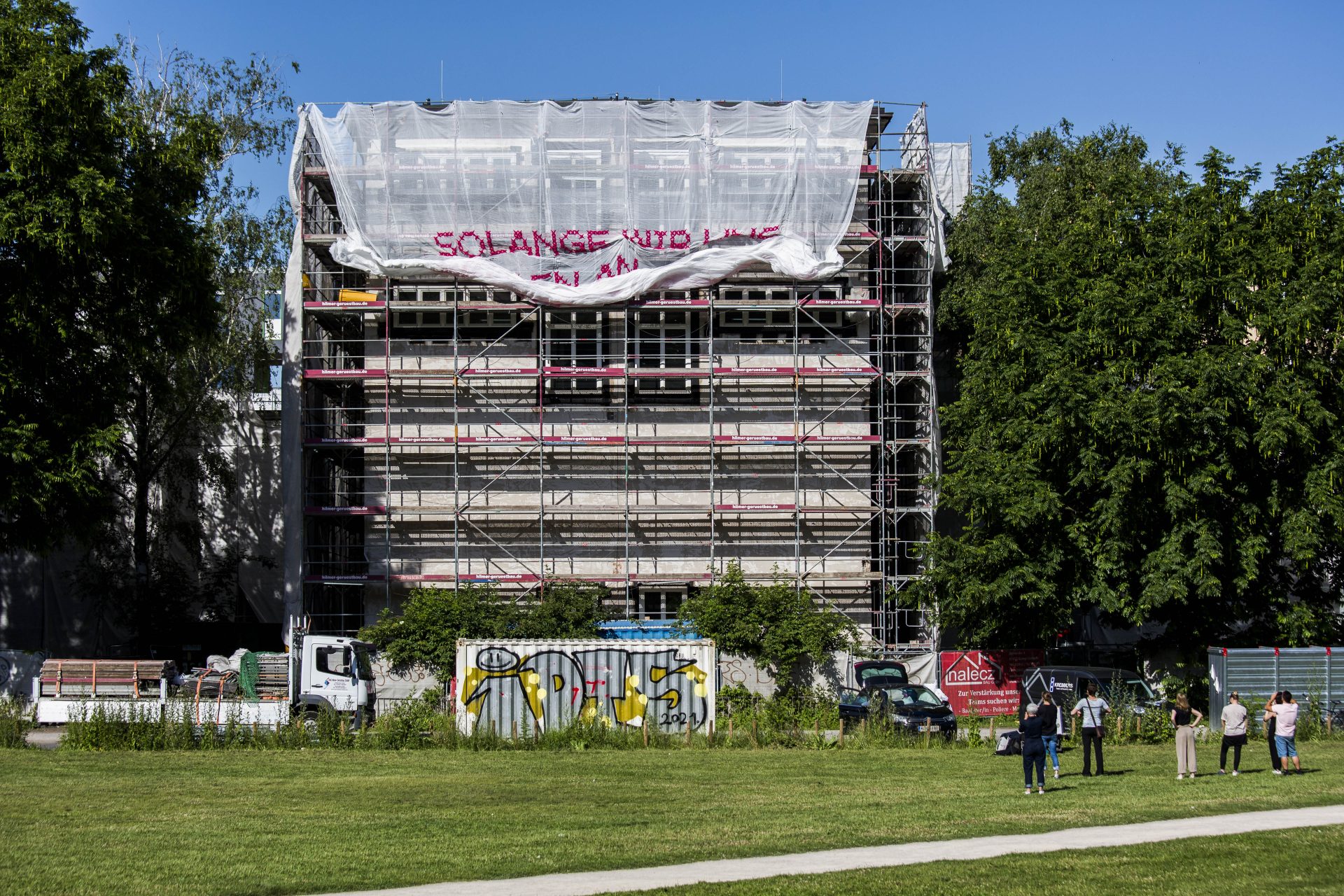 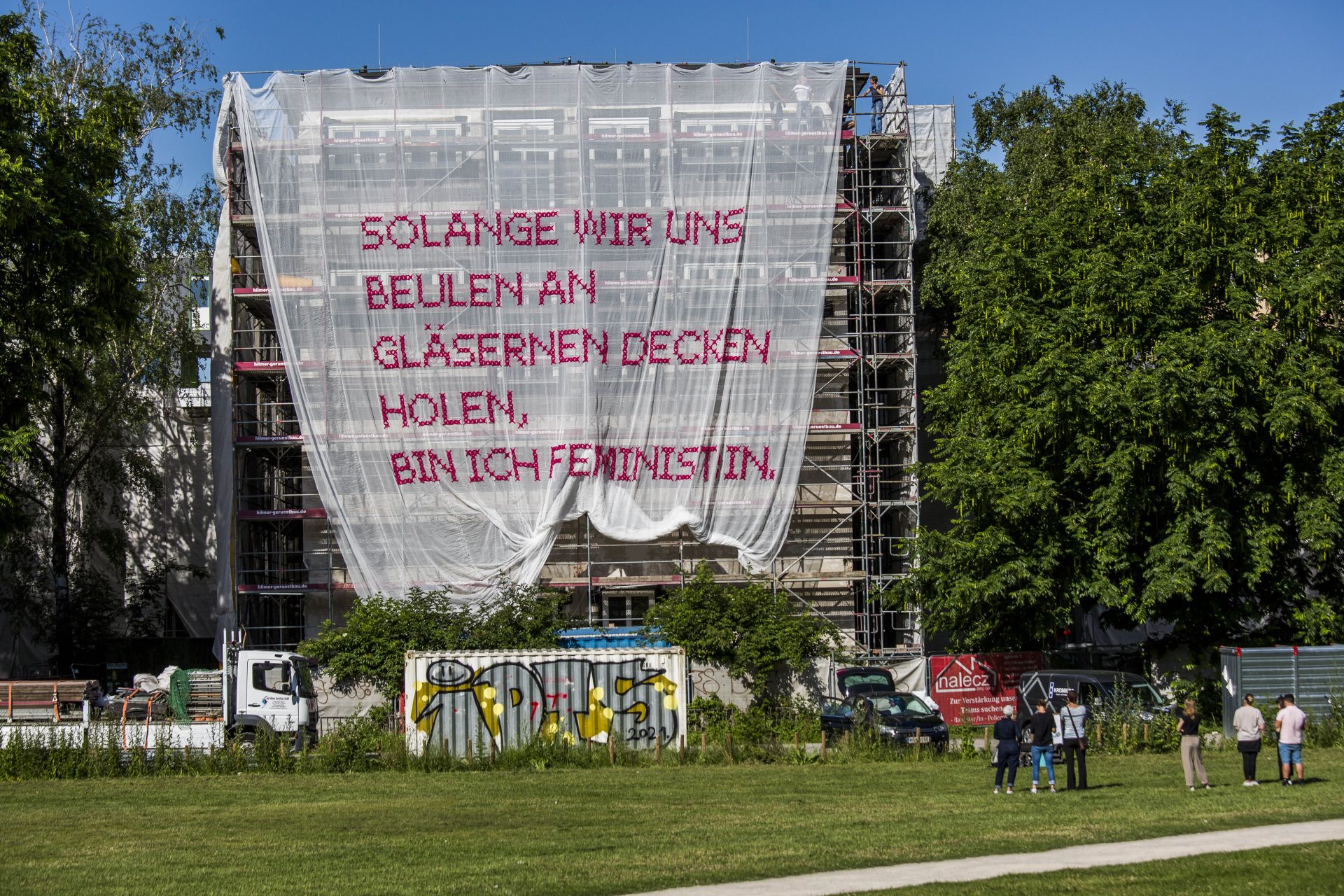 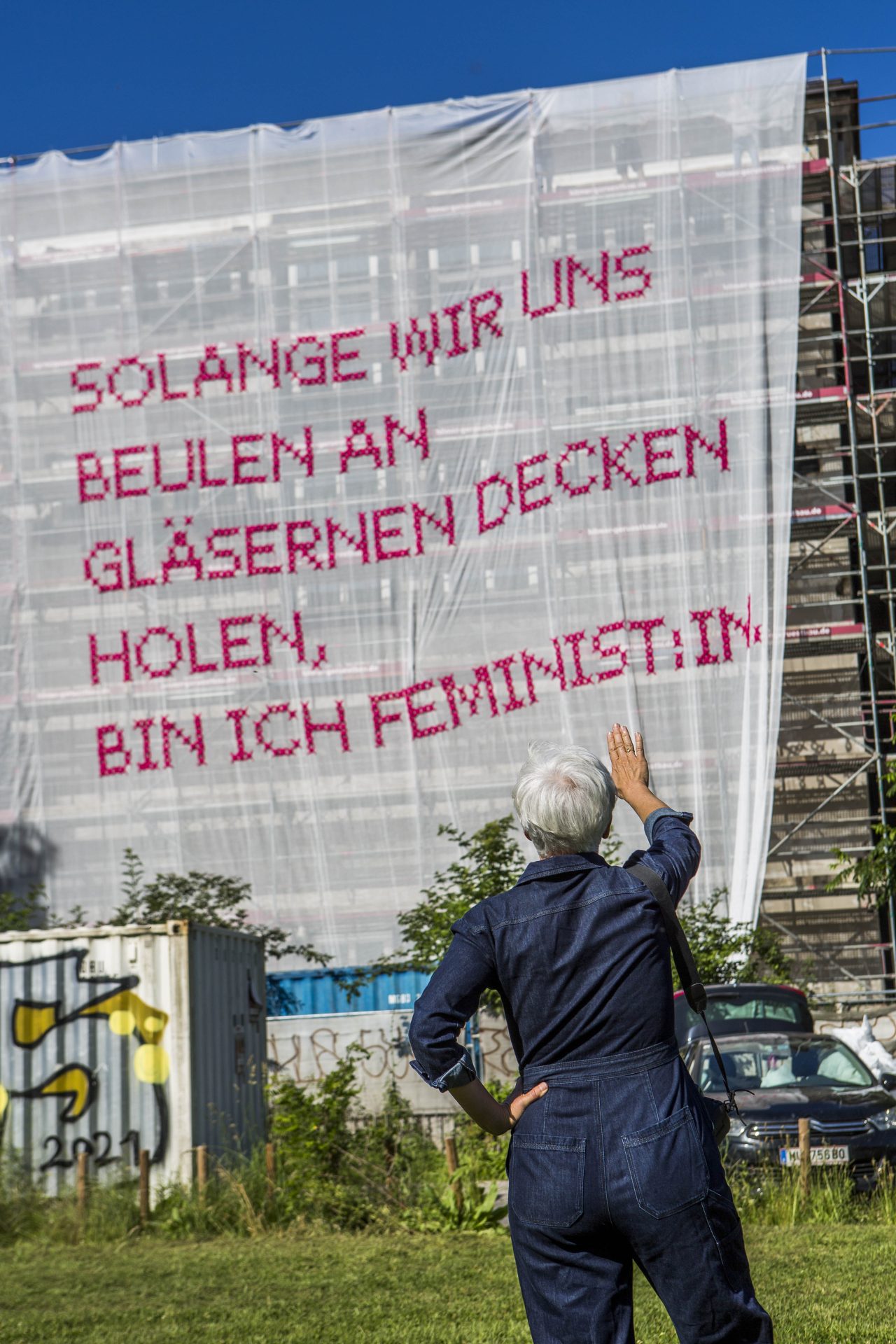 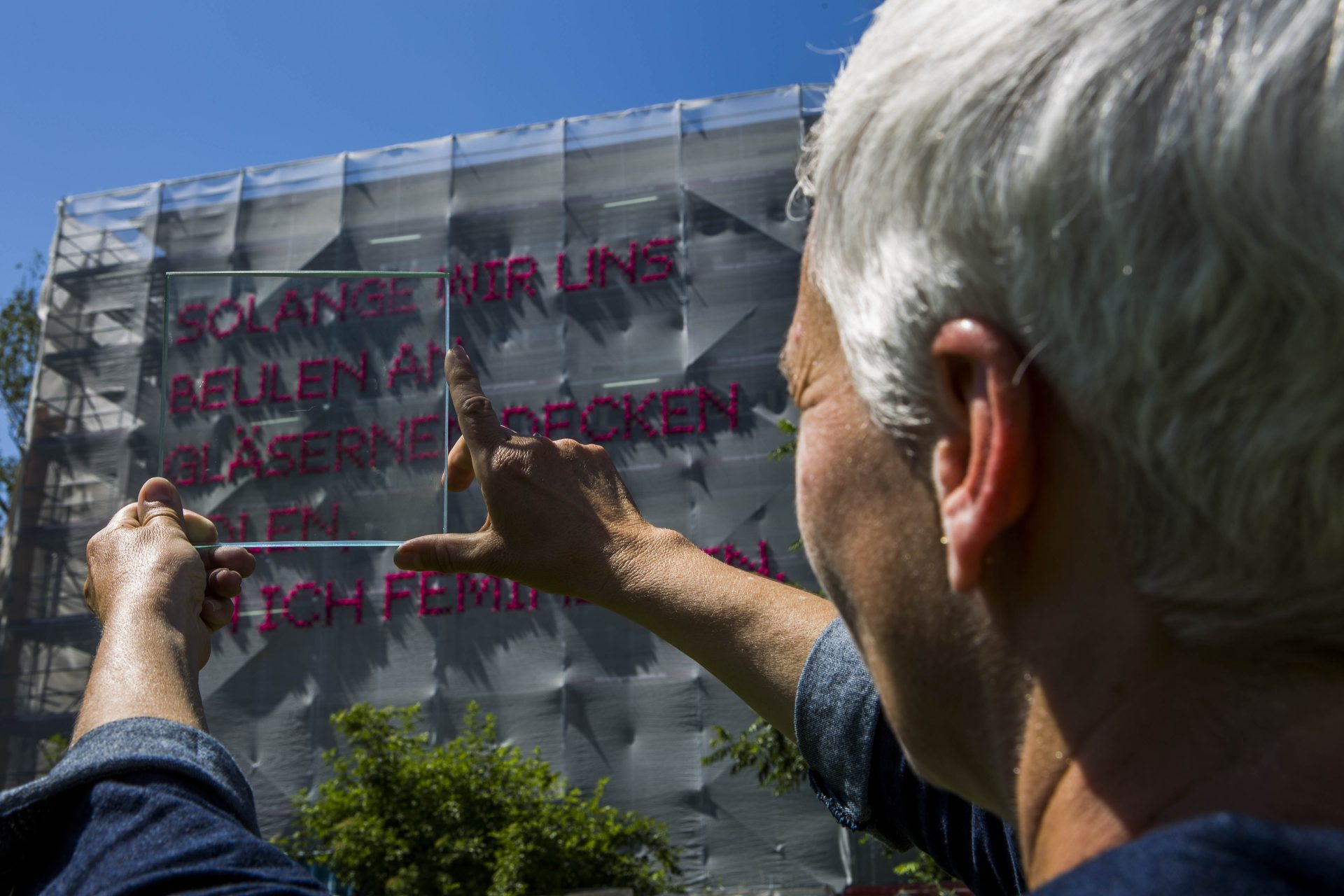 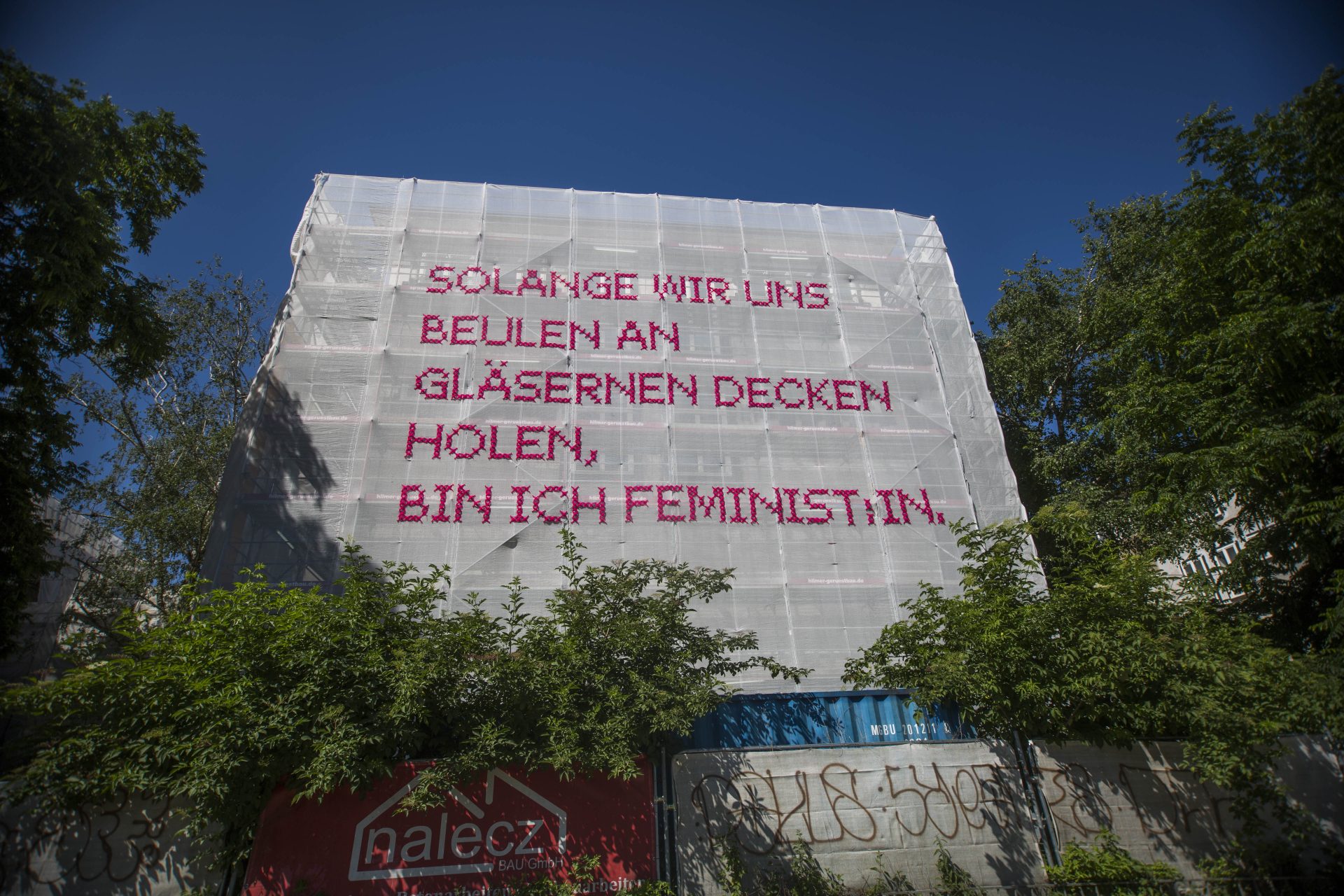 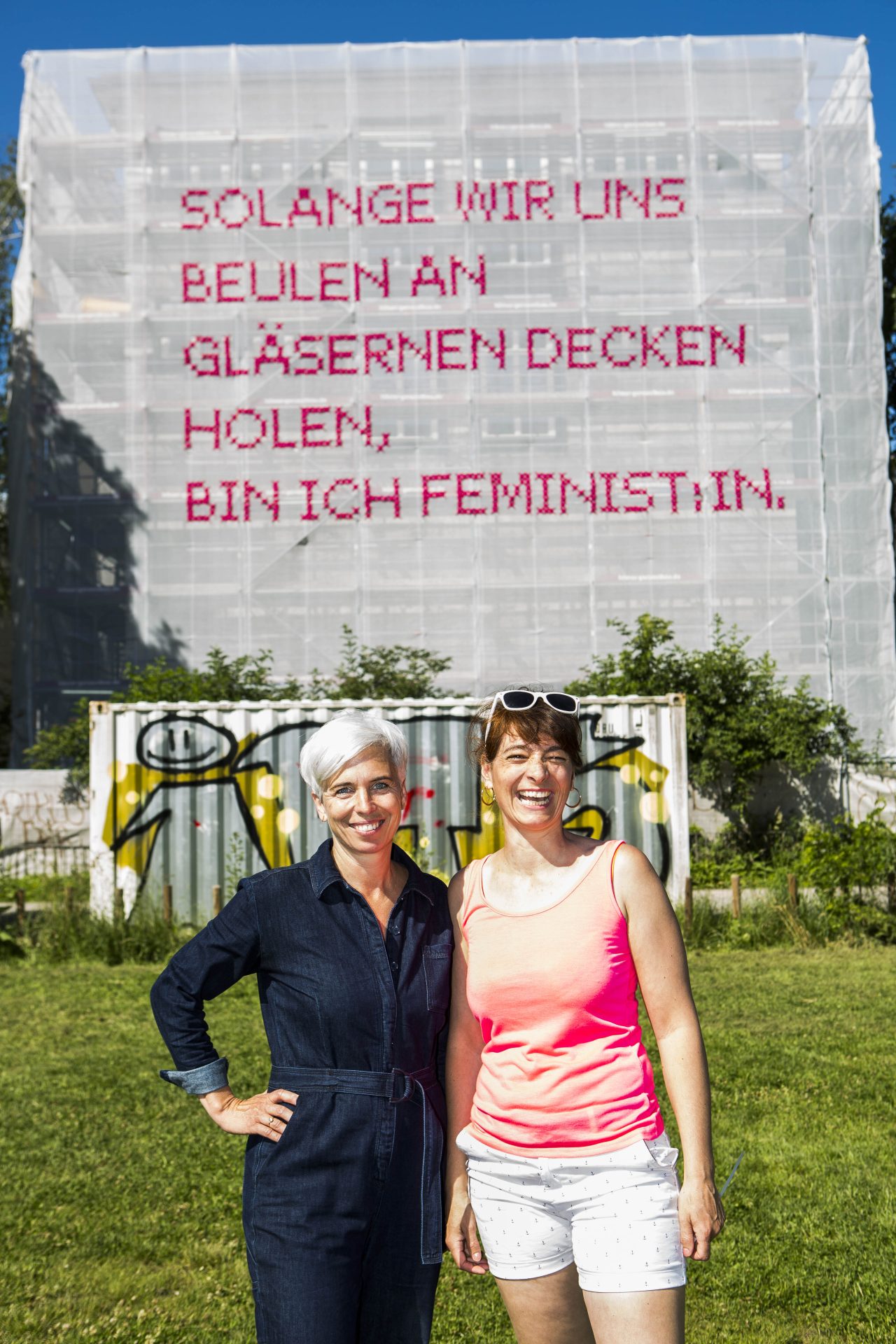 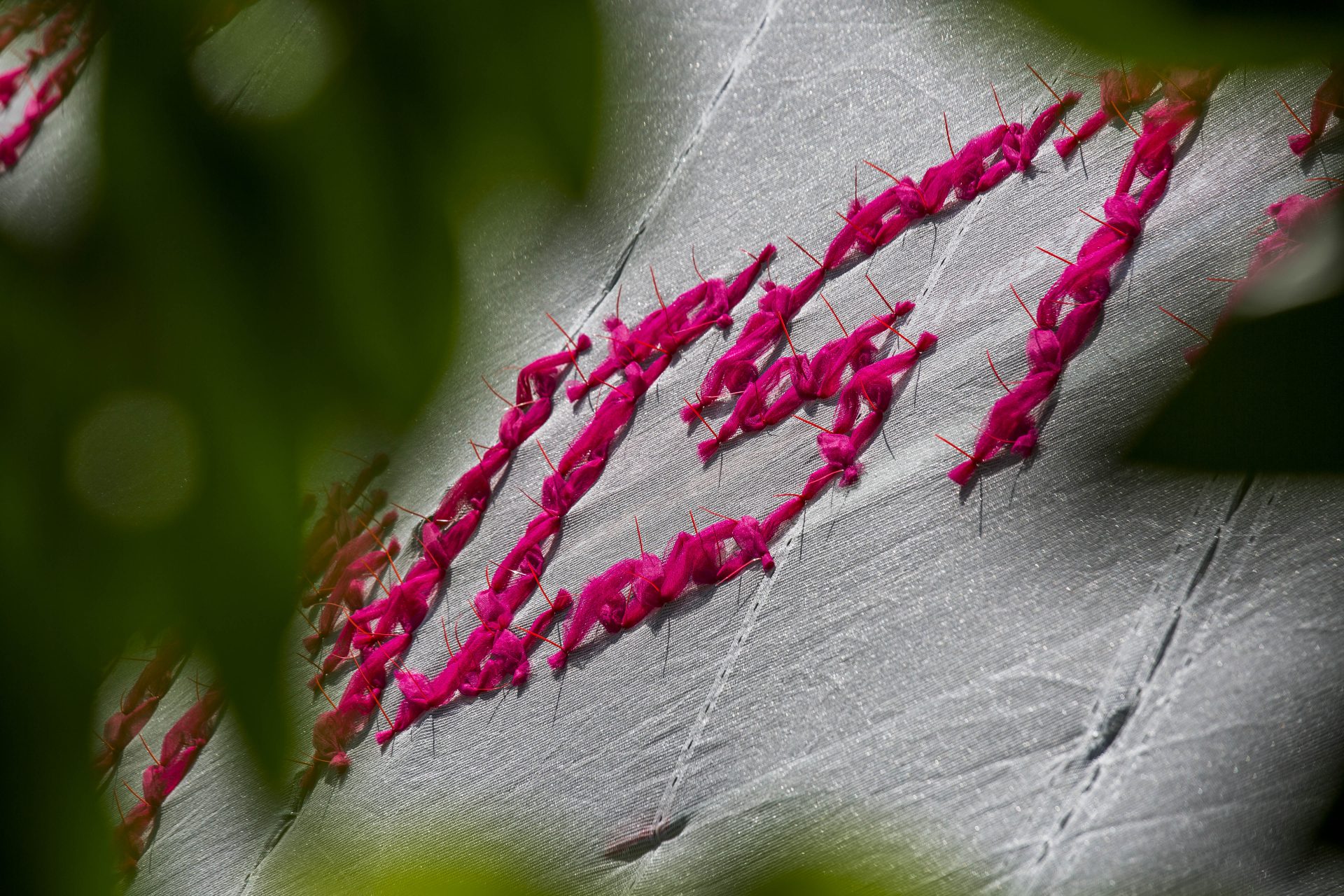 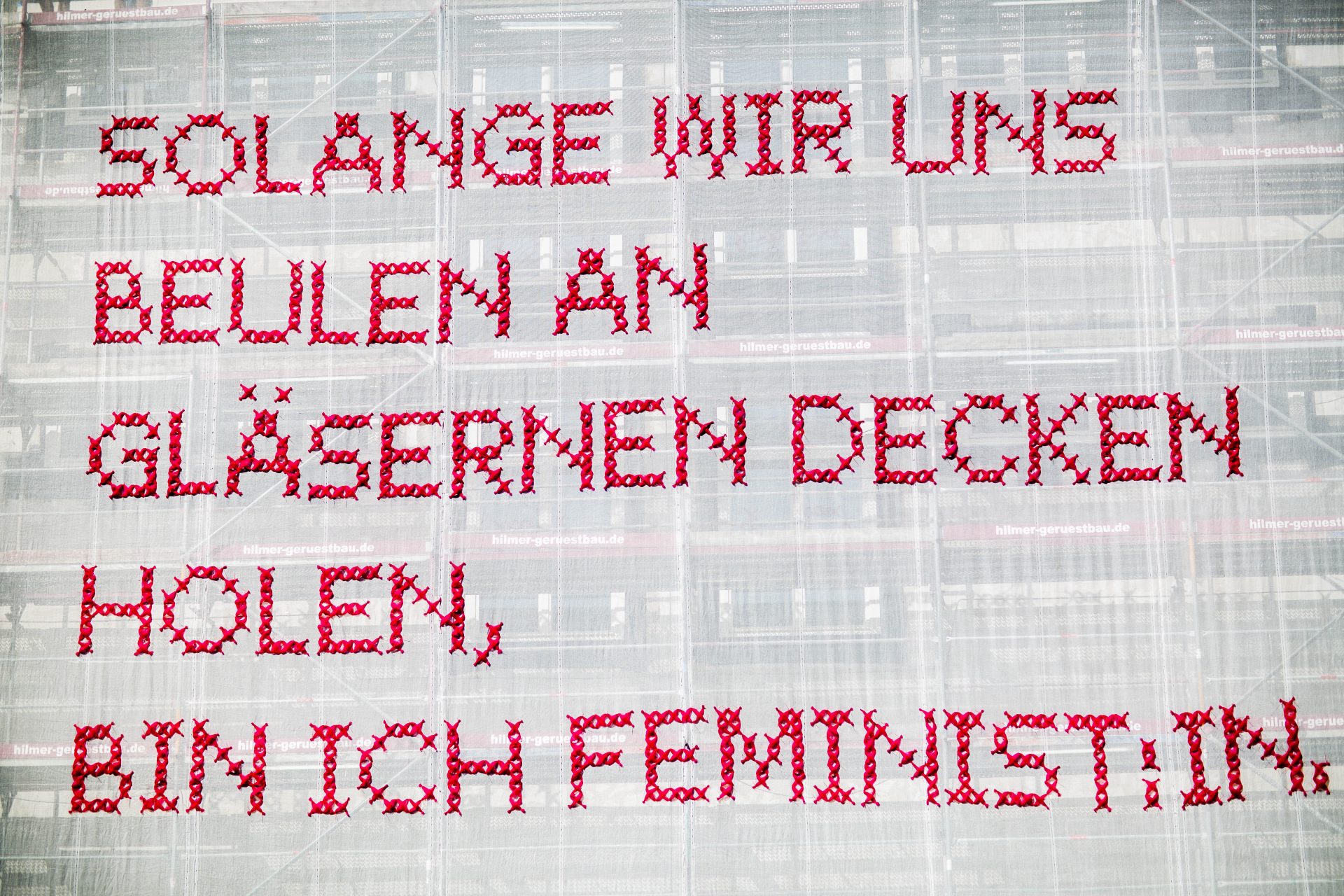 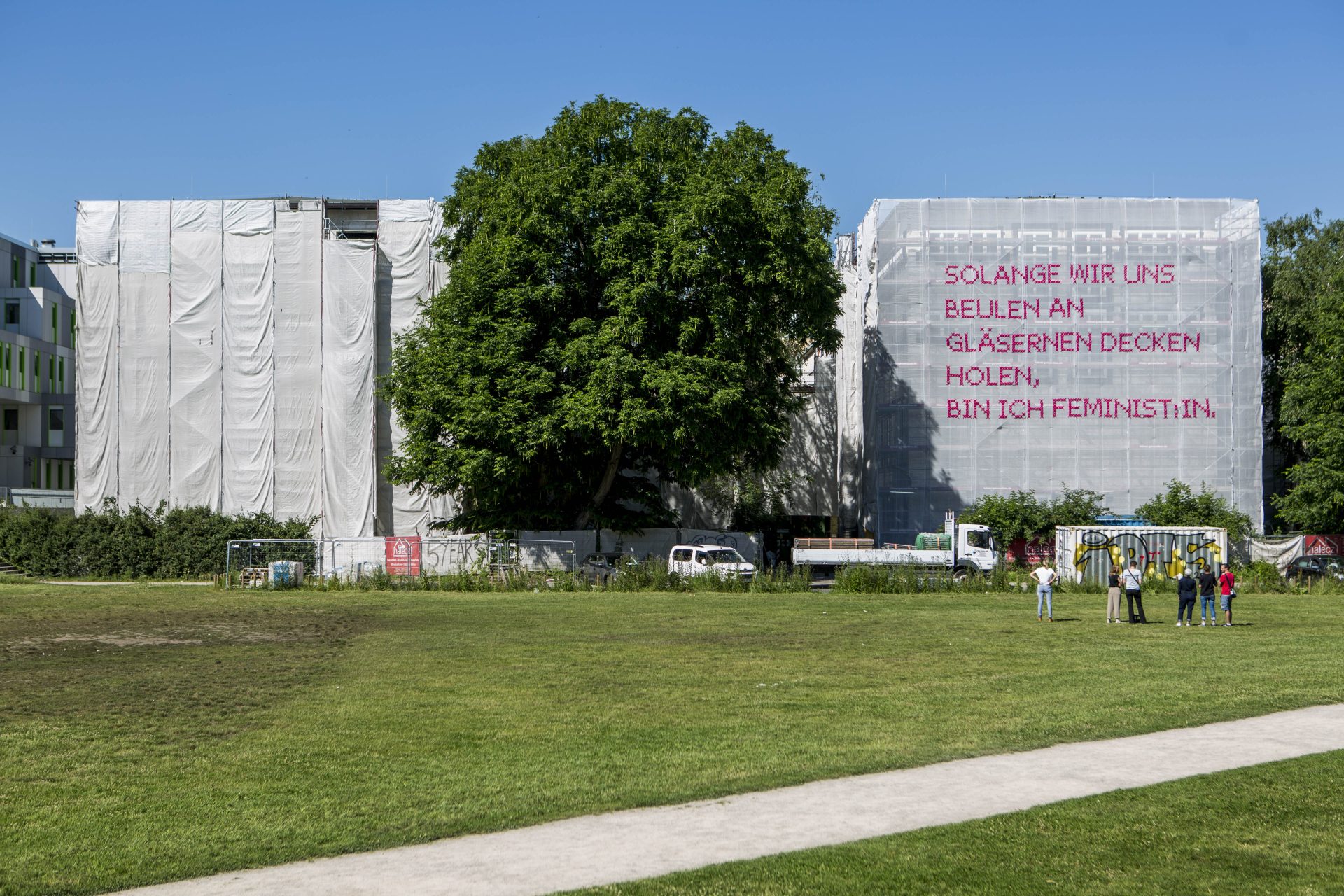